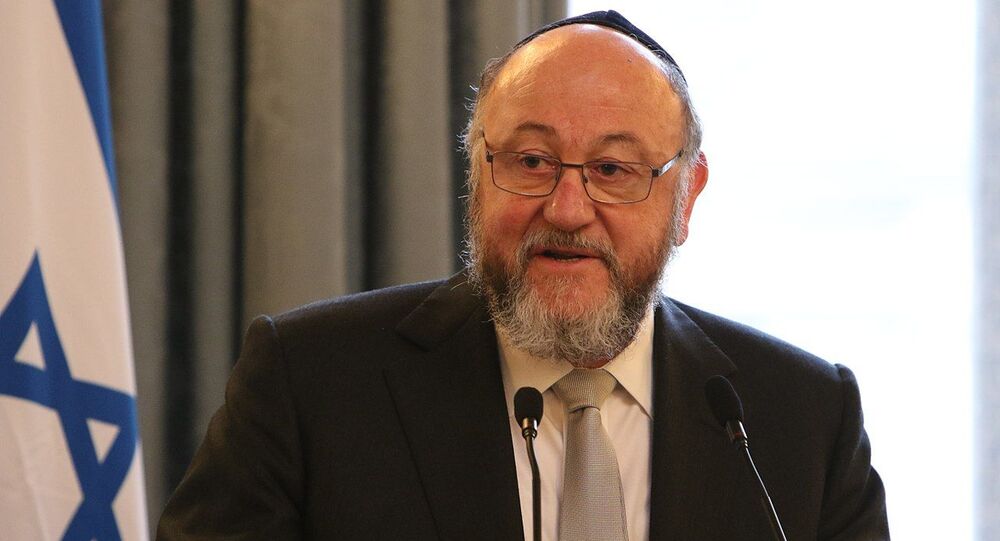 Late last week, London police launched an investigation into a series of anti-Semitic tweets made by the grime music star Wiley after the Campaign Against Anti-Semitism called for his Twitter account to be closed so as "to prevent further outpouring of anti-Jewish venom".

The UK's Chief Rabbi, Ephraim Mirvis, has accused Facebook and Twitter of being involved in anti-Semitic hatred in connection with recent remarks against Jews by grime rapper Wiley.

"The woeful lack of responsible leadership […] cannot be allowed to stand. Your inaction amounts to complicity. I urge you to take swift action to challenge the hatred that currently thrives on your platform", the Chief Rabbi wrote in a letter that was made public on Monday.

He apparently referred to Twitter taking its time before scrapping Wiley’s anti-Semitic comments.

The statement came as Mirvis joined well-known UK celebs, politicians, and faith leaders in a 48-hour boycott of Twitter to protest the platform's alleged lack of action on anti-Semitism.

"Social media companies need to go much further and faster in removing hateful content such as this", the spokesperson stressed earlier on Monday.

The statement followed Metropolitan Police opening a probe into Wiley’s anti-Semitic comments late last week, shortly after it was revealed that the rapper had been dropped by his management company and temporarily banned from posting on Twitter.

His tweets included a string of jabs, including "I don't care about Hitler, I care about black people" as he also drew comparisons between Jewish people and the Klu Klux Klan.

Notably, the messages were still visible about 12 hours after being shared, in what provoked accusations that the social networking giants were "ignoring anti-Semitism".