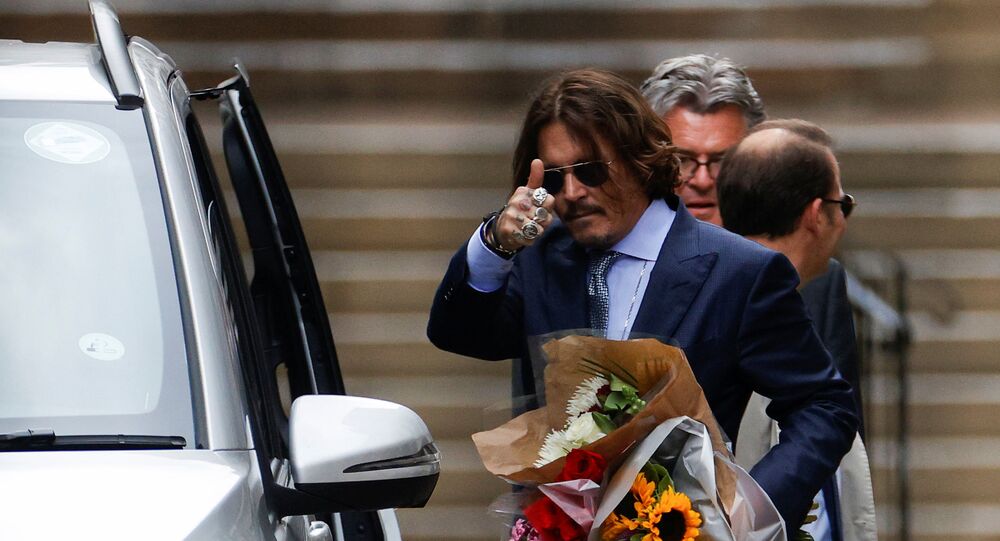 Johnny Depp has always denied he was guilty of domestic violence against his then wife Amber Heard. But The Sun newspaper has defended an article written by its executive editor Dan Wootton in April 2018.

The barrister representing The Sun newspaper in their libel battle against Hollywood star Johnny Depp said their defence was simple - they claimed it was "true" that he was a "wife-beater."

Sasha Wass QC told the High Court in London: "(Our case) is one of truth - namely that Mr Depp did indeed beat his wife.''

Amber Heard has changed the story of what happened to Johnny Depp’s finger approximately one thousand, nine hundred and thirty-seven times.

​She accepted the allegation of wife-beating did cause "serious harm" to Depp’s reputation but added: "A single incident of violence on the part of the claimant against Ms Heard will suffice for the purpose of proving truth."

Ms Wass - an experienced barrister who defended serial killer Rose West at her trial in 1995 - claimed Depp’s violence was motivated by a misogynistic attitude towards Heard, 34, and and an addiction to alcohol and drugs.

Fun fact: Sasha Wass QC, who is representing The Sun against Johnny Depp in the Amber Heard libel hearing today, was junior defence counsel for serial killer Rose West in the 25 Cromwell Street trial in 1995. She is extremely good. Pic courtesy of Rex Features pic.twitter.com/ePMFU0XcrG

​Ms Wass said there was "overwhelming evidence of domestic violence or wife-beating behaviour, cataloged over a three-year period.'"

She called Depp, 57, was a "hopeless addict" who had poor self-control.

"Permeating all of the evidence in this case is the character of Mr. Depp himself - his well-documented evidence of violence and destruction over his adult life which have occurred when he was under the influence of drink and drugs," added Ms Wass. 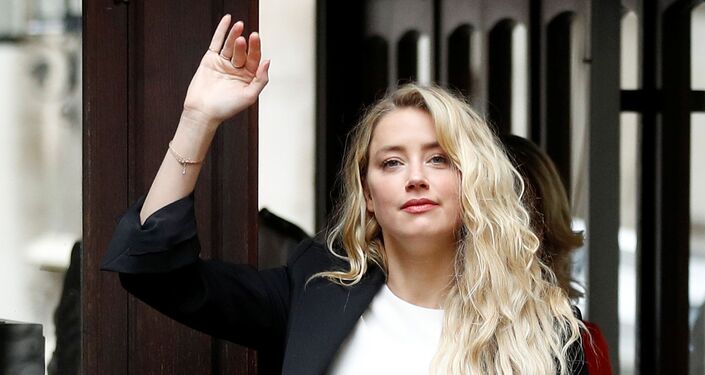 Depp is suing News Group Newspapers, publisher of The Sun, and the newspaper's executive editor, Dan Wootton, over an April 2018 article, which called him a “wife-beater” and questioned whether J K Rowling should have allowed him to be cast in a movie based on her Fantastic Creatures book.

Miss Wass said the American actor "created a misogynistic persona of her as the stereotype of a nagging woman" and later branded her “a gold-digger, a shrew and an adulterer'' in a bid to discredit her.

I grew up in a household with domestic violence. I’ve seen it all. My mom is a survivor. My hatred for Amber Heard isn’t about Johnny Depp it’s about the real survivors she’s making a mockery of.

​Depp met Heard on the set of the 2011 film The Rum Diary and they married in February 2015 but she filed for divorce the following year. The libel trial has heard allegations that she was unfaithful to him with Tesla founder Elon Musk and actor James Franco.

Depp has strenuously denied being violent to Ms Heard and has called a number of witnesses. His ex-partners Winona Ryder and Vanessa Paradis both gave statements in which they said they were shocked by Ms Heard’s allegations and said he had never been violent towards them.

Ms Wass just ridiculed men who suffer from domestic violence. For her, it is inconceivable that Amber Heard hit Johnny Depp because he is bigger than her. This is why men don't speak up about abuse. They get laughed at. If you think like this, you are part of the problem.#MenToo pic.twitter.com/DdvPmCNnqB

​The Sun's defence relies on 14 allegations of violence between 2013 and 2016 made by Heard. These included incidents on his private island in the Bahamas, a rented house in Australia and the couple’s penthouse apartment in Los Angeles.
The case is due to end on Tuesday, 28 July, but the judge, Mr Justice Andrew Nicol, is not expected to deliver his ruling until next month.