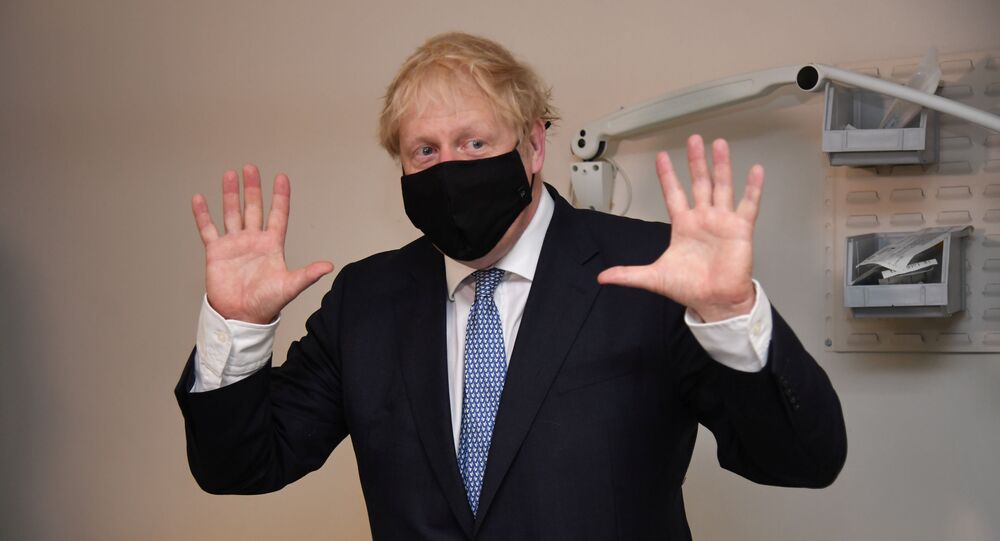 ‘They Won’t Lift a Hand’: Tory MPs Do Not Rule Out ‘Revolt’ Against Boris Johnson

A year after taking office, Boris Johnson has seen his popularity plunge overall, and even among fellow Tories, due to criticism of his handling of the pandemic and the economic downturn it has brought about.

Boris Johnson could face a “revolt” before the next election, The Guardian reports, citing unnamed Tory MPs who say the Prime Minister has distanced himself from the party.

“The party has no emotional attachment to Boris because he does not give us something to believe in, apart from as a vehicle for power,” one MP was quoted as saying. “So a year out, if the polls look bad, it could happen.”

The Tories are currently ahead in the polls, but if a rival begins to pick up support, “it’s not that people will move against him, they just won’t lift a hand to help him,” a backbench MP told the newspaper.

Johnson became prime minister precisely one year ago, on 24 July 2019, after the resignation of Theresa May following her failed back-and-forth Brexit tussle with Parliament. The party had not long suffered a defeat in the European Parliament elections and was trailed closely in the polls by the Labour.

He helped drag the Tories up from 29 percent in the week he took office to 45 percent on election day to the low 50s at the start of the coronavirus pandemic.

However, Johnson’s government has attracted much criticism for its handling of the crisis, which has claimed over 45,500 lives and crippled the economy, and he currently has a lower approval rating than Labour leader Keir Starmer.

Starmer and his party are understood to deliberately point their criticism regarding the coronavirus response at the government as a whole, rather than directly at Johnson, because they assume he might be replaced before the 2024 election.

The government is reported to be in “panic mode” about the fate of the UK, a situation that prompted Johnson to visit Scotland on Thursday to make the case for strengthening the union.

The Tory party has been losing support north of the border, where the Scottish National Party made huge gains last December and is calling for a second referendum on leaving the UK.

Public support for Scottish independence has grown to levels not seen since the 2014 vote and currently hovers above 50 percent, according to a recent survey.