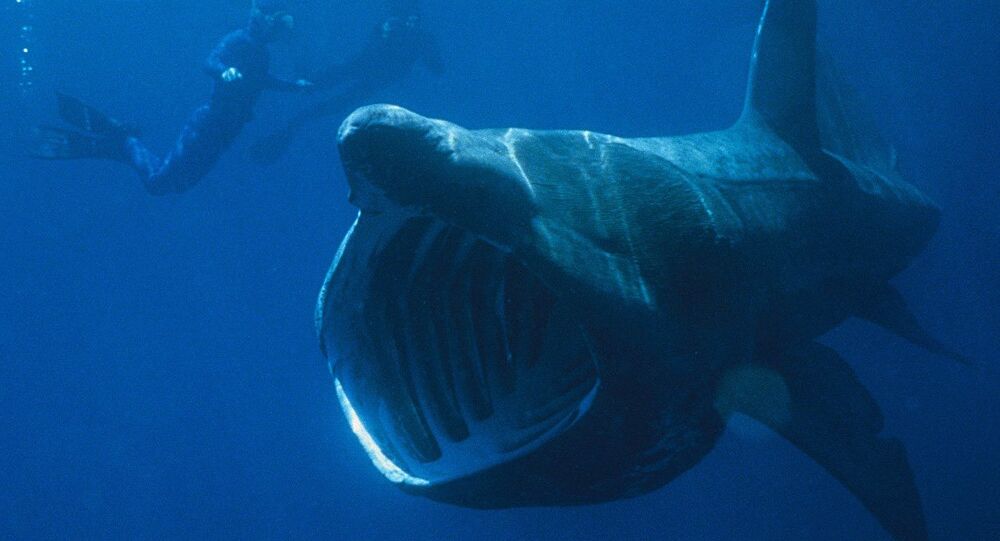 A crowd of onlookers and experts had been attempting to save a large basking shark that washed up on a Yorkshire beach on Thursday evening - a rare occurrence in the UK.

Attempts to save the life of a large shark that was stuck on a Yorkshire beach failed when the animal had to be put down after it was unable to free itself from shallow waters.

The 4.4m long basking shark was sighted trapped on Filey beach in North Yorkshire on Thursday evening. A large crowd which spotted the creature tried to help get it back in the water, before being aided by nearby medical professionals from the British Divers Marine Life Rescue (BDMLR) - the coastguard and local lifeboat teams.

Mighty effort to try & save the Basking Shark in Filey bay by the lads & lasses of the RNLI tonight. Sorry for the distraction at the end! pic.twitter.com/BrdM9DNJCI

​Initially, they managed to return the shark to the water as the tide came back in, BDMLR said.

“Unfortunately, the shark appeared to be struggling as it was listing consistently over to its right-hand side and circling in the shallows, sometimes needing support from the rescuers”, the marine organisation said in a statement.

They said that the difficulty indicated that the creature may have been weak, unwell, and suffering from brain damage due to its beaching, they explained.

BDMLR added that a lack of oxygen passing through its gills while in shallow water may have explained its behaviour.

“Despite attempts to move it into deeper water the shark continued to head back to the beach where it restranded, and later in the evening was put to sleep by a vet due to the poor prognosis".

The charity said the shark was likely male and judging by its size and age would have been entering adulthood. Basking sharks are believed to have a possible lifespan of over 50 years.

According to BDMLR, sightings of Basking sharks in the North Sea are rare as they are most often seen off of the UK's west coast.

Basking sharks are the second-largest fish, after the whale shark, and can grow to more than 10m long. They are also listed as endangered by the International Union for the Conservation of Nature.

They are not a danger to humans as they only eat plankton — using their huge mouth and “rakers” in their gills to extract the food from the water.