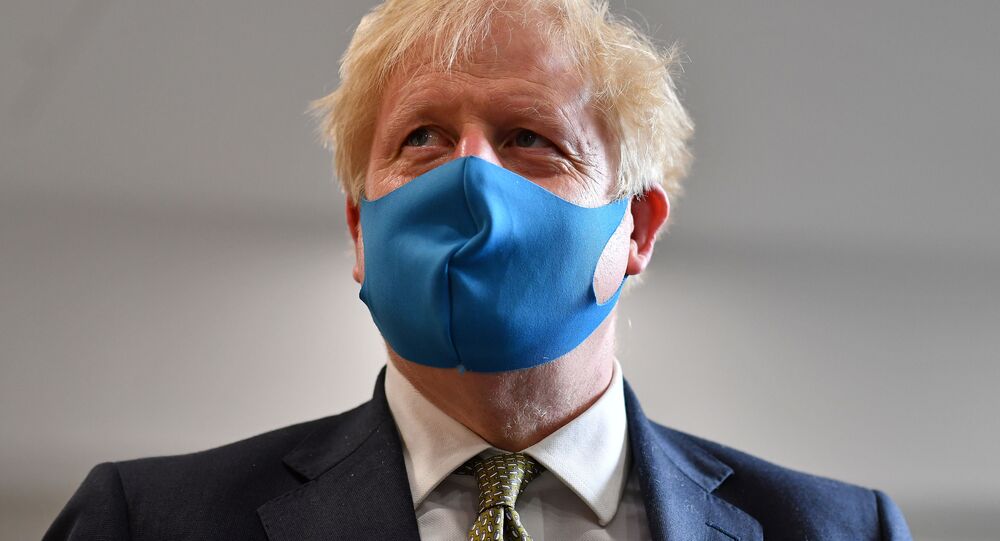 UK PM Boris Johnson on Anti-Vaxxers: "They Are Nuts"

Earlier, the UK government announced that it would invest more than 100 million pounds ($126.9 million) in a new facility that would speed up mass production of a vaccine against COVID-19.

UK Prime Minister Boris Johnson said that that everybody should get a flu vaccination to prevent the health service from getting overwhelmed, in case the COVID-19 outbreak flares up.

He added that he was anxious that coronavirus would come back and that the country needed to be ready.

"Whether it came from... a bat, a pangolin or however it emerged, it was a very, very nasty thing for the human race. And I think by the middle of next year we will be well on the way past it," he told reporters.

"They are nuts” Boris Johnson commented, when asked what he thought of opponents of vaccination.

"There's all these anti-vaxxers now," Johnson said. "They are nuts, they are nuts."

He added that he was not a believer in nanny politics, but maintains that losing weight will reduce risks from COVID-19.

Earlier, the government announced that it would invest in a new facility that will speed up the mass production of a vaccine against COVID-19.

The UK's government investment in the country's vaccine producing facilities comes after University of Oxford scientists announced on Monday that a candidate vaccine has shown its ability to stimulate the production of antibodies and virus-fighting T-cells during the first phase of clinical trials.