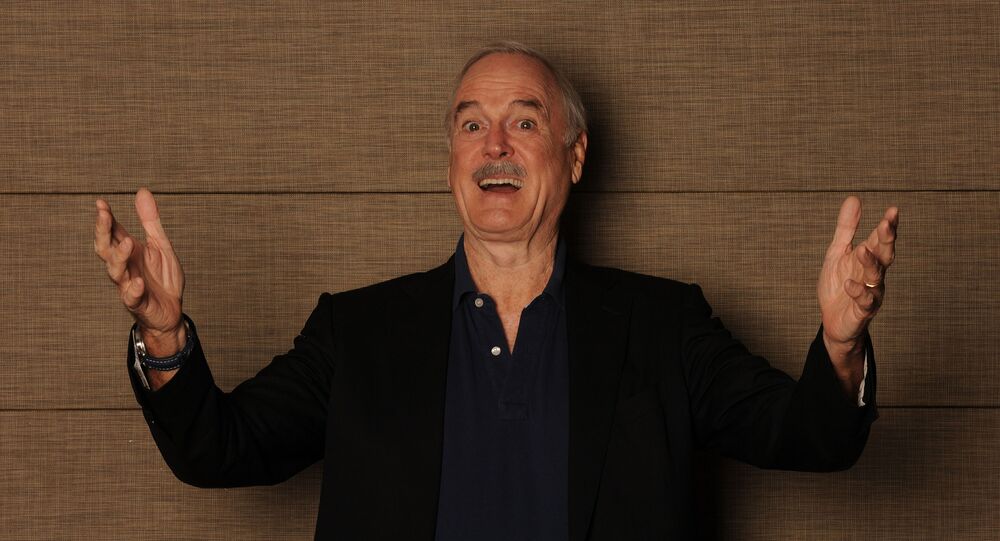 The former "Fawlty Towers" actor explained that cancel culture does not let people enjoy life and have fun, and humour is about being critical, which is incompatible with being "woke".

British actor John Cleese criticised cancel culture as he was speaking to Reuters about the show "Why There is No Hope".

According to Cleese, cancel culture "misunderstands the main purposes of life, which is to have fun".

The actor explained that people who are trying to be perfectly polite and kind are boring, and being funny is about people who do not do that. As an example, he drew upon US president Donald Trump.

"Everything humorous is critical. If you have someone who is perfectly kind and intelligent and flexible and who always behaves appropriately, they're not funny. Funniness is about people who don't do that, like Trump", Cleese said.

Cleese added that due to political correctness, comedians "have to set the bar according to what we are told by the most touchy, most emotionally unstable and fragile and least stoic people in the country".

Cancel culture is a practice of boycotting public figures, or companies, who have said something considered objectionable or offensive. It is widely used by a variety of social justice-related movements, such as by proponents of LGBTQ+ rights. However, it has been criticised as a tool for publicly shaming those whose views are unpopular or deemed more conservative.