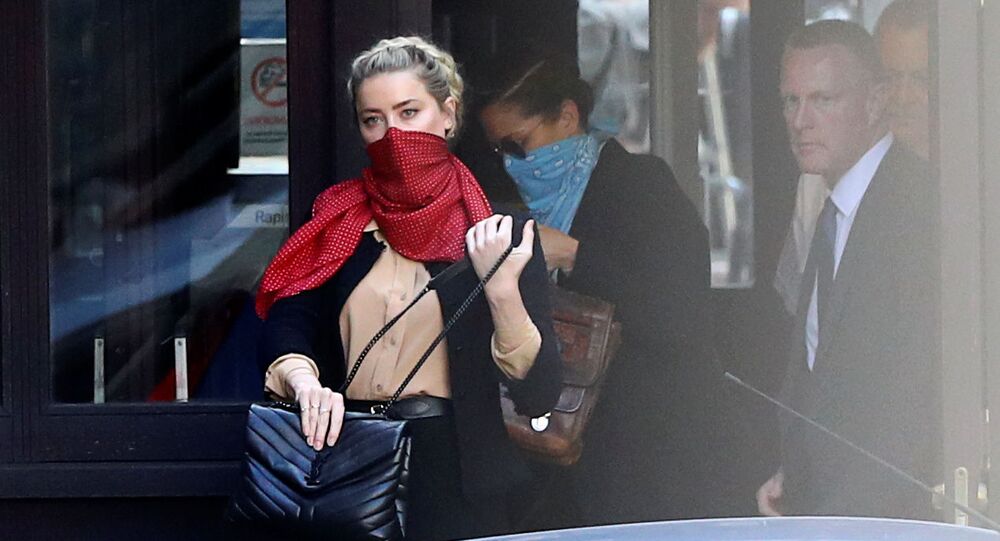 This is the 13th day of Johnny Depp’s libel trial in which the Pirates of the Carribean actor is suing the Sun’s publishers, News Group Newspapers as well as its executive director Dan Wootton over an article written in April 2018 that described him as a “wife beater” and alleged that he was violent towards his ex-wife Amber Heard.

Amber Heard described her then-boyfriend Johnny Depp as “nuts”, “violent” and “crazy” in texts sent to her mother in March 2013 that were read out to the High Court in London on the 13th day of the 57-year-old's libel trial.

This is Heard’s fourth day of giving evidence at her ex-husband’s libel case against the Sun’s publishers News Group Newspapers (NGN) and its executive director Dan Wootton for publishing an article in April 2018 that described him as a “wife beater.”

The newspaper group’s defence depends on 14 allegations of violence made by Heard against Depp that occurred between 2013 and 2016.

In a written statement the 34-year-old actress said that during a long session of snorting cocaine and drinking whiskey Depp became enraged by a painting by Heard’s ex-partner Tasya Van Ree that was hanging on their apartment wall.

She alleged that Depp tried to set fire to the painting and then started a violent argument with her.

The court heard that Heard had texted her mother pleading for help.

“He's nuts mom. Violent and crazy. I am heartbroken that THIS is who I love," she said in one of the texts.

However during this period she also sent a text saying, “It’s OK mum he’s not being violent with me. The crazy mood swings are just really hard to deal with.”

This contradicts her witness statement in which she alleged that he had “grabbed her, shaken her and shoved her against a wall” during the incident.

Heard defended this text to the court on Thursday saying that she didn’t tell her mother that Depp had hurt her as she didn’t want her to get her father involved who had been violent towards her mother throughout their marriage. She said she was scared that he would react violently towards her boyfriend.

Heard also told the court how she fell in love with Depp, “We had a really lovely first year together when he was mostly clean and sober. When he was like that he was generous, funny and I loved him and did not want to lose him. But the other side was the monster.”

Depp has denied all allegations of abuse and has claimed that Heard was the aggregator in their relationship. The pair married in Los Angeles in February 2015. Heard filed for divorce the following year, and it was finalised in 2017.

The case, which is in its third week, is due to finish next week with closing statements from both legal teams on Monday and Tuesday.