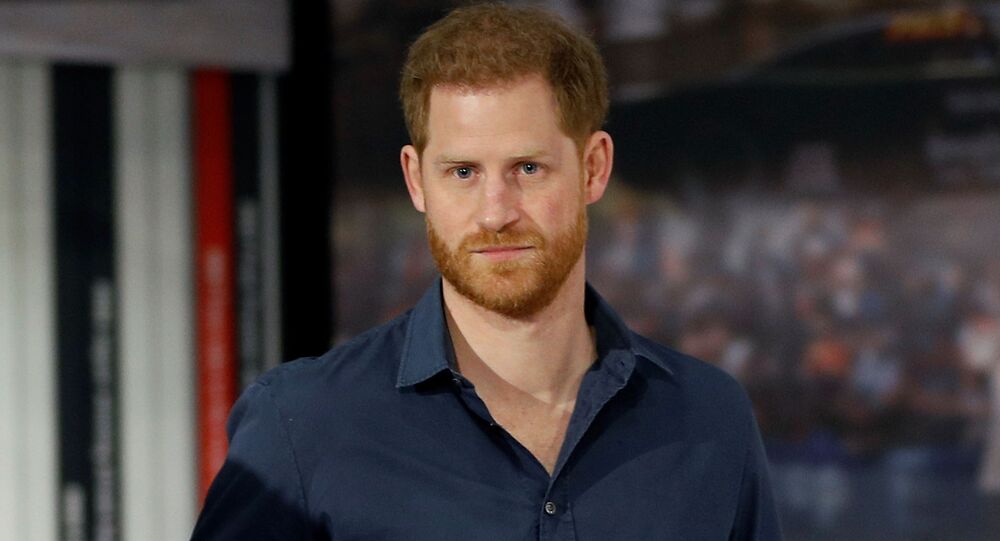 Over the past eight years, the number of Britons who perceive Prince Harry as an asset to the nation has halved, according to a recent YouGov poll.

In the survey, about 37 percent of respondents saw Harry as a positive figure for the UK, in comparison with 75 percent of those surveyed in a 2012 poll.

© AP Photo / Frank Augstein
FILE - In this Saturday, June 8, 2019 file photo, Britain's Meghan, the Duchess of Sussex and Prince Harry ride in a carriage to attend the annual Trooping the Colour Ceremony in London

The survey comes after last week's release of Channel 5's documentary "Prince Harry: The Troubled Prince", in which the Duke of Sussex is portrayed as a person who struggled to find his place in the Royal Family while navigating the "royal rifts" that reportedly existed in the palace.

Broadcaster Daisy McAndrew claimed that the "lonely, privileged unhappy Prince" sought to fill his hours with wild parties, where he ostensibly used cannabis to escape the pressures of his position.

The documentary followed former UK Colour Sergeant Trevor Coult berating Prince Harry over his remarks that the history of the British Commonwealth must be acknowledged even if it is "uncomfortable".

"He [Prince Harry]'s turned into a complete idiot. His comments are disgusting and I for one am pleased he has left the UK. A lot of soldiers in the British Army are from the Commonwealth too", Coult said in an interview with The Mirror.

© AP Photo / Tolga Akmen
Prince Harry 'Tormented by Fractured Family Ties', Meghan Markle 'Extremely Low' in US, Report Says
The view echoed that of Tory MP Andrew Rosindell who described Harry's comments as "disappointing" and added that they would hardly please the Queen.

In April, Prince Harry sparked outrage by claiming that the UK's COVID-19 crisis is not actually as bad as the public are being told by "the media".

The 35-year-old made the comments during an interview on the podcast Declassified, where he said that the situation in the UK is "better than we are led to believe through certain corners of the media". The remarks came during the same week that the UK's death toll from COVID-19 exceeded the 15,000 threshold.

Harry announced in January that he would step back from life in the Royal Family to live a "financially independent" life with his wife, Meghan Markle, explaining the move, in part, by their frustration over the undue attention they were receiving in the media.