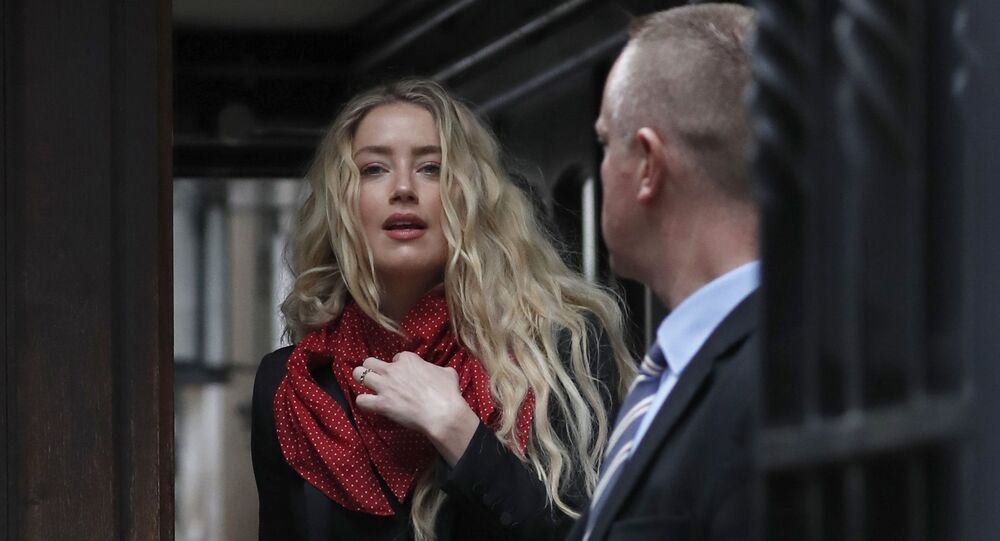 Amber Heard said her ex-husband, Hollywood star Johnny Depp, threatened to kill her on numerous occasions, according to a witness statement given at a UK libel trial.

Depp is suing News Group Newspapers, publishers of The Sun newspaper, over a 2018 article which referred to him as a "wife beater" and questioned whether J K Rowling should have agreed to him being cast in the Fantastic Beasts film franchise.

When he gave evidence at the beginning of the hearing Depp, 57, denied ever being violent towards Heard, 34, and claimed she was the aggressor.

“I am bringing this lawsuit not only to clear my name and restore my reputation but to attempt to bring clarity to the women and men whose lives have been harmed by abuse and who have been repeatedly lied to by Amber Heard purporting to be their spokesperson.” - Johnny Depp pic.twitter.com/tZNIkmB3YK

She said: "I was never violent towards him. When I felt my life was threatened, I tried to defend myself.''

Heard claimed Depp attacked her in a Tokyo hotel room in January 2015 after they had an argument over a prenuptial agreement.

She said: "There was an argument in a hotel room in Tokyo that resulted in Johnny kneeling on my back and hitting me on the back of the head."

In a sworn statement to the court, released as she entered the witness box, Heard said she suffered extreme violence at the hands of the star.

Heard, who describes herself as an actor, model and activist, said: "Johnny has said he was never violent or abusive towards me during our relationship. That is not true. He was both physically and verbally abusive. The physical abuse and the worst of the verbal abuse would usually happen when he was drunk or high on drugs, which was often. Much of the time he had difficultly recalling what he had done once he had slept it off."

​Heard claimed he punched, slapped, kicked, headbutted and choked her and also threw things at her and pulled her by the hair.

She said: "He would blame all his actions on a self-created third party instead of himself, which he often called 'the monster.' He would speak about it as if it was another person or personality and not him doing all these things."

I wrote a thing that I hope speaks to domestic abuse victims that there is no such thing as a perfect victim. Drink as much as you like, be awkward and argumentative, wear what you like none of it matters. https://t.co/Quzw1DUD6n

​Heard said: "He explicitly threatened to kill me many times, especially later in our relationship."

She said Depp would call her “fame-hungry”, an “attention whore” and a “slut” if she wore certain revealing outfits.

Referring to Depp’s drug use, Heard said: "Even though my dad - who is an alcoholic - could never get clean and sober…I thought I could fix Johnny. I thought he could get better and that he would, and I wanted that so badly right to the end. After violent  episodes, his team would try to convince me to stay with him or to come back, often telling me he was sorry and would get clean for me."

The trial, which was postponed from March because of the coronavirus pandemic, is due to end later this week.