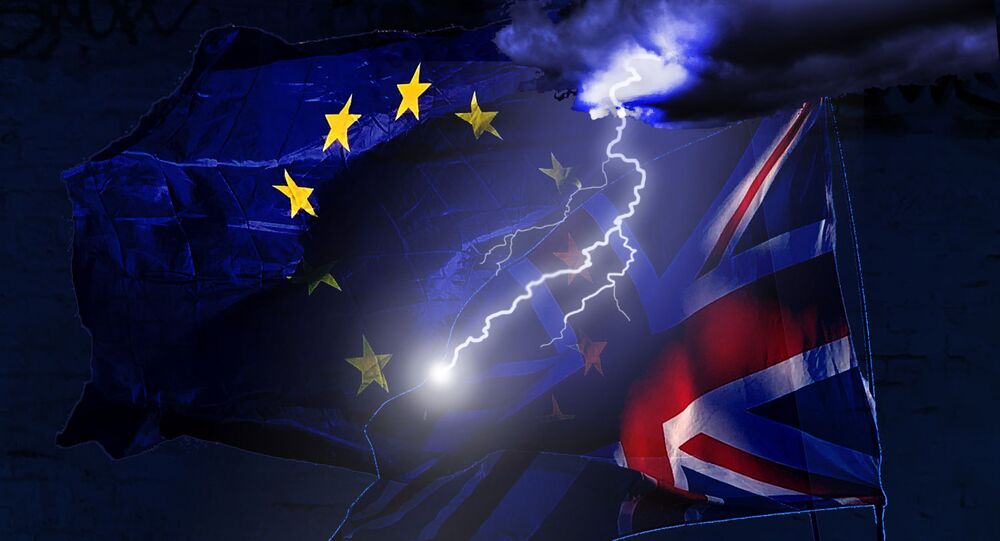 In late May, EU chief negotiator Michel Barnier warned that the UK may face a no-deal Brexit if British Prime Minister Boris Johnson fails to deliver on the UK's commitments pertaining to the political declaration that London signed with the European Commission.

The Sun has quoted unnamed EU sources as saying that UK Prime Minister Boris Johnson's chief adviser Dominic Cummings is behind Britain's no compromise stance on post-Brexit talks with Brussels.

They claimed that Cummings is "pressuring UK negotiators to stick firmly to their red lines to get the best Brexit deal possible".

The sources also referred to Oliver Lewis, the UK's deputy Brexit negotiator and a close ally of Cummings, describing him as a key hurdle in the talks and dubbing Lewis "the political commissar".

Some EU insiders also singled out increasing concern over Vote Leave supporters in Johnson's inner circle pushing for a "pure" no deal scenario.

London has, for its part, repeatedly denied speculations that any of the PM's team may try to block the post-Brexit talks.

The claims come after EU chief negotiator Michel Barnier reportedly signaled a readiness earlier in July to prepare the ground to soften his hardline stance on the talks if Johnson shows a willingness to arrive at a consensus.

"The UK can't wait too long to compromise. Barnier is now preparing our side for a different outcome. I don't think Johnson has prepared his", one of the sources was cited by The Sun as saying at the time.

© REUTERS / JOHN SIBLEY
UK Refuses to See Fisheries as Bargaining Chip After EU Signals Concessions in Brexit Talk
This followed Barnier's statement that the latest round of the negotiations had confirmed "significant divergences remain between the EU and UK", but that the sides "will continue working with patience, respect, and determination".

In late May, the chief EU negotiator told The Times that the UK may face a no-deal Brexit if Johnson fails to deliver on Britain's commitments pertaining to the political declaration that London signed with the European Commission.

Barnier warned that there would not be an agreement "at any cost" and that "the UK has been taking a step back — two steps back, three steps back — from the original commitments".

The two sides remain at odds over the post-Brexit trade talks as Barnier and his UK counterpart David Frost blame each other for the current stalemate. The EU chief negotiator insists that a "new dynamism" is needed in the negotiations, while Frost argues that Brussels' proposed deal "contains novel and unbalanced proposals which would bind this country to EU law or standards".

Here’s the Irony: Cummings is More of a Bolshevik Than Corbyn, Which is Why He’s in Power