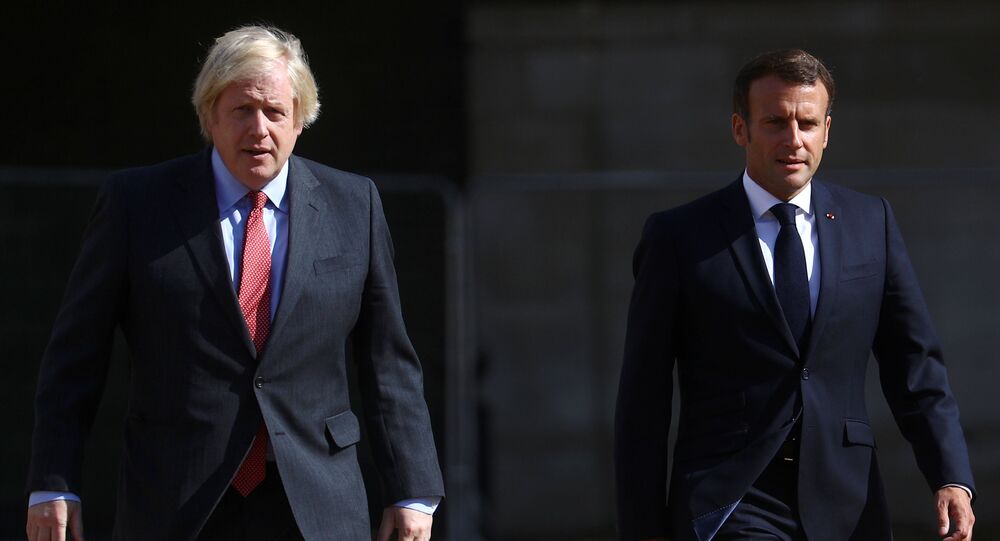 Relations between the UK and France have been particularly rocky during the premiership of Boris Johnson - a staunch Brexiteer - but these new revelations are likely to further throw into question how close the Paris-London alliance really is.

UK Ministers were informed that the country risked running out of food supplies after France threatened it would close its borders with Britain, according to new revelations by The Times.

The Health Secretary, Matthew Hancock, was reportedly told as the coronavirus ravaged UK cities that the country’s food supply was going to “fall over” because workers at the French ports did not turn up.

“None of the workers in French ports were turning up that first weekend. It wasn’t clear we were going to have enough food for the weekend ahead,” an anonymous UK official told The Times.

According to the paper, three days before the UK went into its Covid-19 lockdown, on March 20, French President Emmanuel Macron threatened UK Prime Minister Boris Johnson that unless he worked faster to stem the virus' spread, then Paris would close its borders.

The news comes as European Union leaders are trying to overcome major disagreements regarding the €1.9 trillion EU budget.

A number of countries in the bloc, including The Netherlands, Denmark, Austria and Sweden, are not sold on the merits of providing countries like Italy and Spain with financial non-repayable relief, largely because they say those countries as too relaxed with public spending. They instead argue that the relief should be provided as loans.

European leaders were previously holding digital discussions about how to overcome their differences on the €750billion stimulus package presented by Emmanuel Macron and German Chancellor Angela Merkel. However, it was eventually agreed that only face-to-face meetings could help them to overcome bickering with an eye toward finding common ground.

The rough plan for the recovery package envisions €250 billion in loans and €500 billion in grants and subsidies to those countries hardest hit in the EU by the pandemic. However, it has also been suggested that any such bill would mean EU members incurring common debt, something that countries like the Netherlands appear opposed to.

While Prime Minister Rutte had previously said that he wanted to support those struggling European nations that do not have hefty enough budgets to bring about self-recovery, a diplomatic source from the country has been widely quoted as saying that, “… at the same time, you can also ask those countries to do everything possible to solve this yourselves the next time. And you do this through reforms, in the labour market, in pensions etc.”