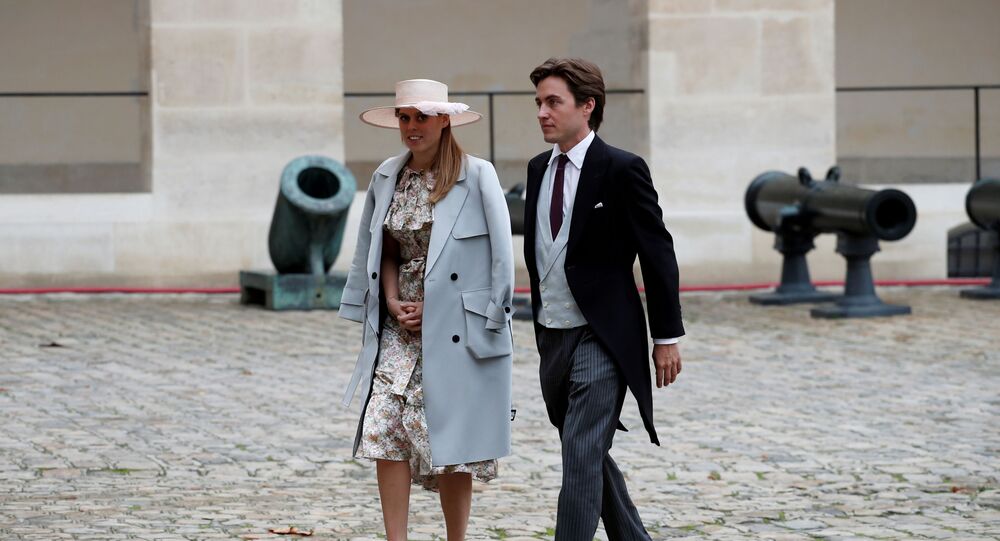 Princess Beatrice of York, the elder daughter of Prince Andrew and the grandaughter of Queen Elizabeth II, had been planning to hold her wedding with Edoardo Mapelli Mozzi back in May, but the coronavirus pandemic scuppered their plans

Princess Beatrice of York has married her Italian boyfriend Edoardo Mapelli Mozzi in a secret wedding at Windsor Castle, the Daily Mail reported.

According to the media, the two could have tied the knot today at the Royal Chapel of All Saints, at Royal Lodge, which is currently home to her father Prince Andrew and his former wife Sarah Ferguson.

The Daily Mail reported that the ceremony was attended both by the Queen and her husband, the Duke of Edinburgh, citing photos which showed the British monarch being driven from the Royal Lodge today while wearing a light green outfit. The Queen has been spending lockdown in isolation at Windsor Castle.

Despite national restrictions on public gatherings due to the COVID-19 pandemic, weddings of up to 30 people can still be held in the UK.

The princess reportedly started dating Italian property developer Mozzi back in 2018. The two got engaged in 2019 and planned to hold their wedding at the Chapel Royal of St James's Palace on 29 May. However, the plans were put on hold due to the coronavirus pandemic and no new date for the ceremony was released by the palace.

Mozzi is the son of Count Alessandro Mapelli-Mozzi, a former British Olympic skier.

© REUTERS / POOL New
Princess Eugenie (left), the Duke of York and Princess Beatrice arrive at St George's Chapel in Windsor Castle for the wedding of Prince Harry and Meghan Markle. Saturday May 19, 2018

The 31-year-old Princess is the elder daughter of Prince Andrew, who stepped down from his royal duties in November, following a much criticised BBC interview that touched on his friendship with the convicted sex offender Jeffrey Epstein. It is believed that Prince Andrew and his ex-spouse Sarah Ferguson, the princess' mother, also attended the secret ceremony.

The Duke of York is currently facing public scrutiny over his association with Epstein and reports of his refusal to cooperate with American investigators, who are currently studying the scope of the late financier's sex-related crimes. Earlier Epstein's alleged sex slave, Virginia Giuffre Roberts, claimed that she was forced to have sex with the Queen's second son on at least three occasions - allegations Prince Andrew denies. The Prince tried to dismiss the accusations in a November interview with the BBC, but many found his arguments unconvincing.

In July, US investigators arrested Ghislaine Maxwell, Epstein's associate and former girlfriend, who is accused of helping the financier to groom underage girls for sex-trafficking purposes and sexual abuse. It is believed that Maxwell could shed more light on the alleged criminal activities of Epstein and people in his circle of friends, including various celebrities and politicians, when she appears in court.

Epstein died in his prison cell in August 2019, while awaiting trial for sex trafficking charges in relation to minors. Many found the circumstances of his death, which was ruled as a suicide, to be suspicious.