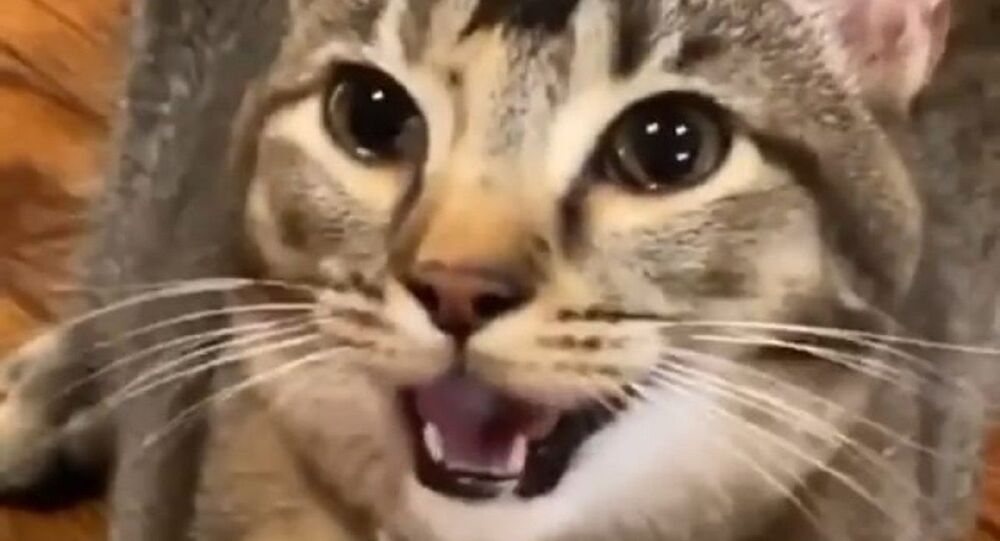 As parliamentary sessions have been increasingly held virtually amid social distancing measures introduced to combat the coronavirus pandemic, it has become a common occurrence for politicians to be interrupted but their house pets.

The feline companion of a Scottish MP shocked a parliamentary committee during a hearing on Monday as it interrupted a call.

Members of the Digital, Culture, Media, and Sport Committee held a 'hybrid' event with members joining either virtually or in-person  to discuss the future of public service broadcasting.

As the SNP's John Nicolson inquired about introducing constant subtitles on children's TV to increase overall literacy, an orange trail belonging to his cat traversed across the screen.

The Ochil and South Perthshire MP apologised for his cat before telling "Rojo" to "get his tail down" as it encompassed his camera, resulting in laughter from his fellow attendees.

"Rocco, put your tail down" - Another classic entry for the Parliamentary cats on Zoom folder, this time @MrJohnNicolson at DCMS committee: pic.twitter.com/cOkRNrrlFh

​This is not the first time a feline interruptee has stormed into online meetings between lawmakers. In June, during an EU Services Sub-Committee for the House of Lords, the pet cat of trade expert Sally Jones managed to open up the kitchen door before jumping onto her lap.

How to handle an unexpected intruder like a pro, in the middle of giving evidence to a @UKHouseofLords select committee.https://t.co/hP97mQHTOT pic.twitter.com/s3mGiz50Ve

​During a meeting of the Brexit Committee in April, an exchange between Labour MP Hillary Benn and Conservative cabinet minister Michael Gove was also interrupted by the sound of a cat.

Michael Gove’s appearance at the Brexit Committee has been interrupted by a grumpy cat 😾 pic.twitter.com/J46U8CUOYD