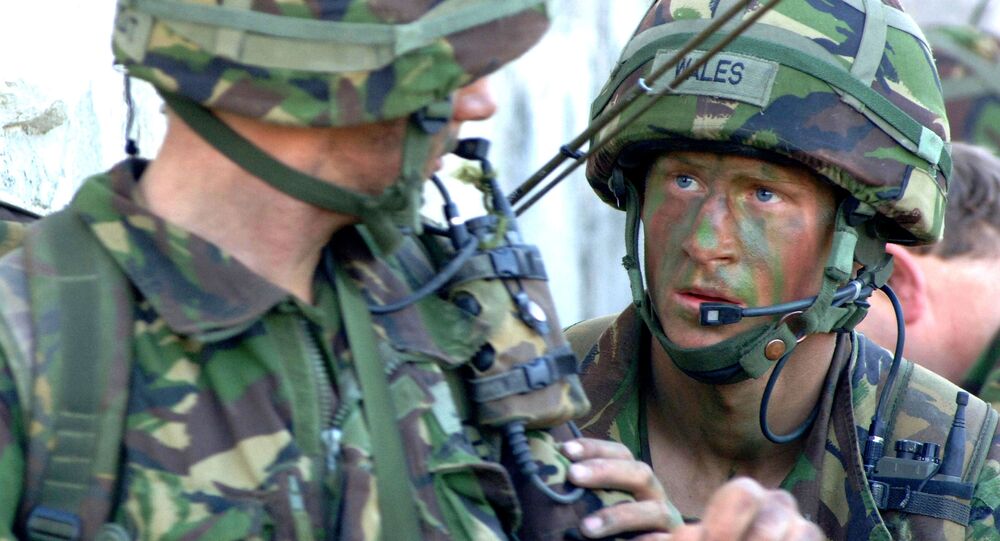 In January, the Duke and Duchess of Sussex made a surprise announcement, revealing that they would step down as senior royals, move abroad, and "transition into a new working model".

Former UK Colour Sergeant Trevor Coult has lambasted Prince Harry after the Duke of Sussex suggested that the history of the British Commonwealth must be acknowledged even if it is "uncomfortable".

Coult is known for winning the Military Cross for shooting three suicide bombers in an ambush during a patrol in Iraq in 2005. The 44-year-old earlier won Prince Harry’s support for his PTSD campaign.

"He [Prince Harry]'s turned into a complete idiot. His comments are disgusting and I for one am pleased he has left the UK. A lot of soldiers in the British Army are from the Commonwealth too", Coult told The Mirror on Sunday.

The former Colour Sergeant called on Harry to remember that those soldiers "fought alongside" him, berating the Duke of Sussex for "having a dig at the Royal Family – his own family".

"We respect Harry for his service, for what he did in the past and setting up the Invictus Games for disabled veterans but all of that is being undone now. Every time he speaks and insults the Queen, the Royal Family, or has a go at the Commonwealth, all that support from all the years is slowly vanishing. It’s sad because he did good work", Coult underlined.

© AP Photo / Tolga Akmen
Prince Harry Misses Army Following Megxit, Still 'Can’t Believe This Has Happened' – Report
Rosindell urged the Duke of Sussex to "focus on his own life and not get involved in politics", saying that he doesn’t agree with what Harry is saying.

Harry made the controversial remarks during a video call he and his wife Meghan Markle had with young leaders from the Queen's Commonwealth Trust earlier this month.

"When you look across the Commonwealth, there is no way that we can move forward unless we acknowledge the past. […] It's not going to be easy and in some cases it's not going to be comfortable, but it needs to be done, because, guess what, everybody benefits", he asserted.

In January, Prince Harry and Meghan Markle announced that they would be stepping down from their roles as senior royals to move to North America and live a "financially independent" life.

They explained their decision, in part, by their frustration over the undue attention they were receiving in the media. Under an arrangement agreed upon with Queen Elizabeth II that is up for review in 12 months, the Duke and Duchess of Sussex will no longer carry out official duties on her behalf, and will retain but not use their HRH titles.

Prince Harry Reveals What He Thinks Might Be Origin of Coronavirus