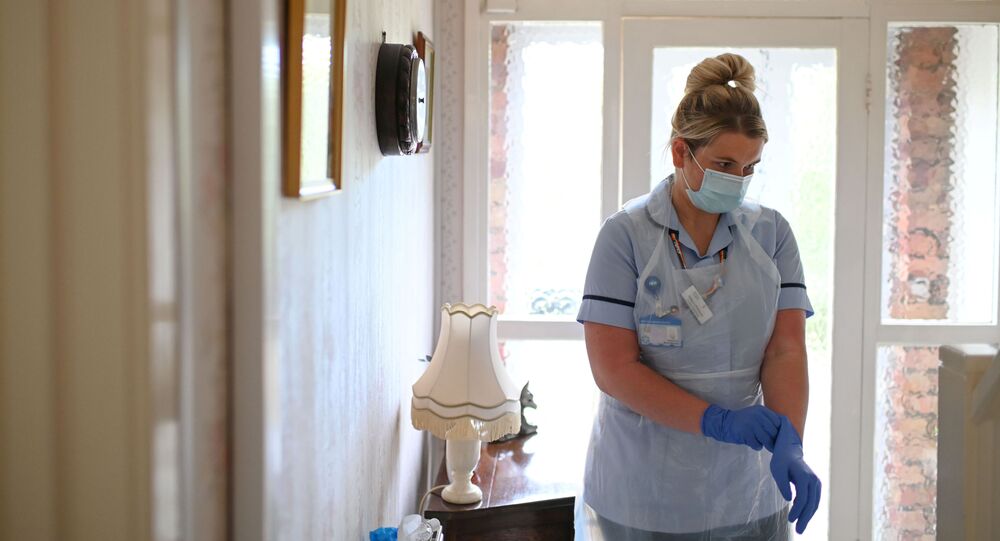 Chancellor Rishi Sunak announced in his summer update that the government would be spending almost £50 billion on public spending, with over £30 billion of that amount allocated to the NHS. This comes the same day as he unveiled a further £30 billion recovery package to help kick start the UK’s economy.

The UK government has allocated more than £15 billion to procure personal protective equipment (PPE) for NHS staff to help them cope with the coronavirus pandemic, according to Treasury documents.

Sunak had promised the NHS “whatever extra resources” it needed to cope with coronavirus during his budget speech on 11 March, and in his summer update on Wednesday, he revealed that the Treasury had allocated an additional £49 billion on public services.

He announced this on the same day he unveiled a £30 billion recovery package to help kick start the UK’s economic recovery.

Out of the government’s public services spending money, over £30 billion has been allocated to the NHS, with £10 billion going towards the government’s Test and Trace scheme for England and £1 billion for additional ventilators.

A further £5.5 billion will go towards health services, including improving the NHS discharge process, keeping pharmacies and GPs open on bank holidays and delivering medicines to those who are vulnerable and shielding.

Saffron Cordery, deputy chief executive of NHS Providers, said: “It’s good to see that level of commitment for PPE. Ensuring the safety of staff and patients is an absolute priority for trust leaders, so pressures over PPE have been a real worry.

“We know demand for PPE will become even greater as trusts restore more routine services while dealing with the continuing challenges from Covid-19, so it’s important that every effort is made to ensure sufficient, reliable supplies. This funding will help.”

Labour’s Shadow Cabinet Minister, Rachel Reeves, is demanding a full breakdown of the government’s spending plans for the Test and Trace scheme.

She said: “Early in the crisis the government wasted the opportunity to build on existing expertise and experience within our public services for contact tracing and instead ministers chose to hand lucrative contracts to a handful of outsourcing companies including some with a questionable record of delivery.

“We have not been testing the number of people promised by ministers and the world-beating tracing strategy is a far cry from what we have today. We need to see a full breakdown of the £10bn the government has allocated for testing and tracing to ensure that this money is being spent in the most effective way to limit the spread of Covid-19.”

Paul Johnson, the head of the Institute for Fiscal Studies, said it was an “astonishing” figure to spend on PPE.

“That is a huge amount of money for that kind of equipment,” he said. “Another £10bn has been allocated for the Test and Trace scheme. It was quite surprising that those large sums of money were skated over so quickly because clearly anyone manufacturing PPE will be doing very well out of that.”

Since 11 March the government has spent almost £160 billion, including the £50 billion on public spending, in response to the coronavirus crisis.