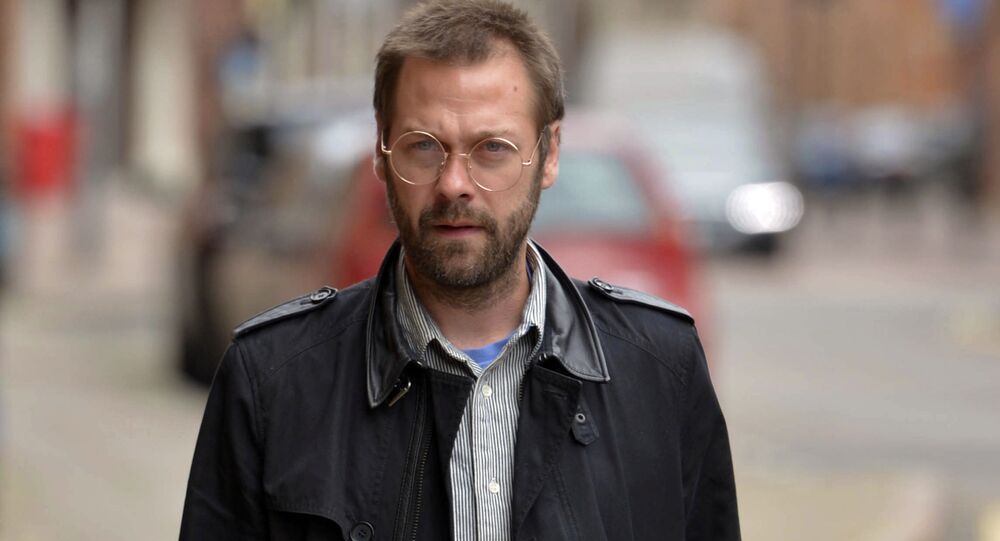 Tom Meighen, the former lead vocalist of rock band Kasabian, was given an 18-month community order and 200 hours of unpaid work after pleading guilty to assaulting his ex-fiancee on 9 April. This comes a day after Kasabian announced Meighen would be stepping down from the band by “mutual consent.”

Former Kasabian frontman Tom Meighen has pleaded guilty to assaulting his ex-fiancee, a day after he left the band by “mutual consent.”

Meighen, 39, appeared at Leicester Magistrates’ Court on Tuesday and admitted to attacking Vikki Ager while drunk on 9 April.

The court heard that Ms Ager hit her head on a hamster cage after being thrown across the room. She was hit in the face, shoved, pushed over repeatedly and threatened with a wooden pallet during the assault.

Video footage showed the singer striking Ms Ager and dragging her by the ankles into their back garden, from which she sustained multiple injuries.

Meighan has been ordered to carry out 200 hours of unpaid work and was given an 18-month community order.

District Judge Nick Watson told the singer: “I could have sent you to prison for this” as he ordered him to carry out unpaid work for what he described as a “sustained attack” that was a “violation of the trust and security that should exist between partners”.

The judge said Ms Ager had not made a statement to police and “does not appear to support this prosecution”. But he added that police had been called to the address before and there was “evidence of previous abusive behaviour”.

He added: “I need to take account of the fact that not only did you hurt Ms Ager, you also let down many people – band members and those who love your music. They will be shocked about what you did that night. I have been told that you have recognised that you have a problem with alcohol.”

The attack was witnessed by a child, who called 999 to report that a "domestic incident was taking place,” the court was told.

Prosecutor Naeem Valli said the attack had left Ms Ager with bruises to her knees, elbow, ankle and "a reddening around her neck".

Meighan, whose departure from Kasabian was announced on Monday, denied the assault at first but after watching video footage he told police he couldn’t watch it anymore as it was “horrible”.

Defending him, Michelle Heeley QC said Meighan felt "deep remorse" and a sense of "personal humiliation - but he has nobody but himself to blame".

Ms Heeley had made an application to the court for Meighan’s address to be withheld from the public, quoting “high-profile cases such as Caroline Flack who committed suicide in similar circumstances,” but the judge dismissed the application.

Kasabian released a statement saying that Meighan had "struggled with personal issues" and would be concentrating on "getting his life back on track".

Tom Meighan is stepping down from Kasabian by mutual consent. Tom has struggled with personal issues that have affected his behaviour for quite some time and now wants to concentrate all his energies on getting his life back on track. We will not be commenting further.

​Women’s Aid responded to the statement on Twitter, saying it was “disappointing” for the band to say the reason their lead singer was leaving the band was due to “personal reasons that affected his behaviour”, adding, “there is no excuse for abuse”.

Disappointing to see @KasabianHQ say the reason their lead singer was leaving the band was due to ‘personal reasons that affected his behaviour’. Today he pleaded guilty to assaulting his former fiancée in front of a child. There is no excuse for abuse https://t.co/Yc9VGt5pV3