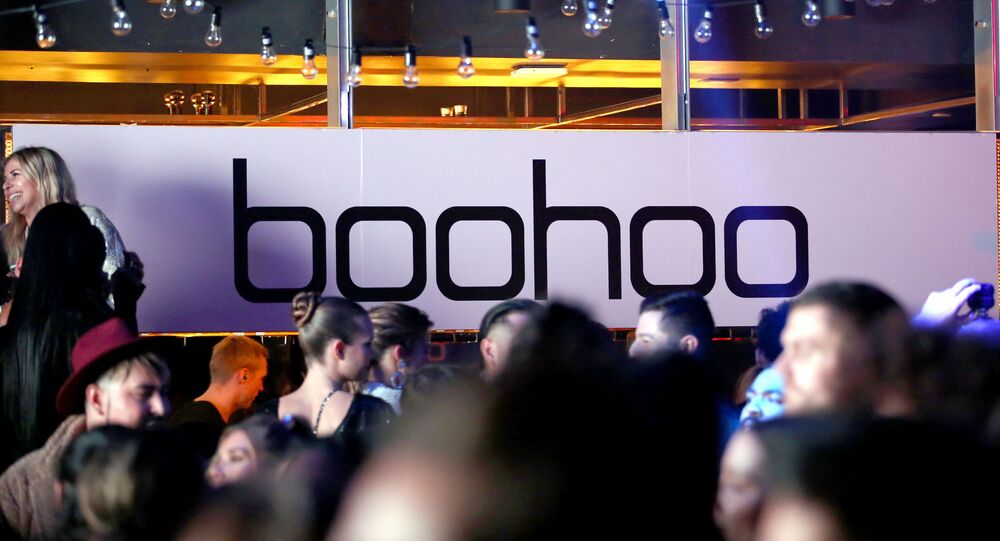 Fast fashion giant Boohoo is already under scrutiny after worker rights group, Behind the Label, claimed last week that some employees at factories in Leicester were forced to come into work while sick with Covid-19. Now the online retailer is under fire again following a Sunday Times investigation.

Online fashion retailer Boohoo has vowed to probe operations at its Leicester factory over allegations employees there are paid less than minimum wage and work in "unsafe" conditions.

This comes as the Sunday Times published a report over the weekend stating that workers at a factory in Leicester, which displayed the sign Jaswal Fashions, were earning as little as £3.50 an hour, even though the minimum wage in the UK for employees over 25 is £8.72.

Also despite the coronavirus pandemic, there was little evidence of additional hygiene or social distancing measures put in place, according to an undercover reporter who spent two days working at the factory.

​Boohoo, which recently bought the online branches of Oasis and Warehouse and owns several other brands including Pretty Little Things and Nasty Gal, informed its investors on Monday 6 July that they were unaware of which company were supplying their garments.

“Our early investigations have revealed that Jaswal Fashions is not a declared supplier and is also no longer trading as a garment manufacturer,” the fashion company said in a statement.

“It therefore appears that a different company is using Jaswal’s former premises and we are currently trying to establish the identity of this company.

“We are taking immediate action to thoroughly investigate how our garments were in their hands, will ensure that our suppliers immediately cease working with this company, and we will urgently review our relationship with any suppliers who have subcontracted work to the manufacturer in question.”

​Boohoo shares fell by 9% on Monday, the day after the Sunday Times released its report.

The company said it was “very grateful” to the paper for bringing their attention to this issue and that the alleged conditions for workers in the Leicester factory are “totally unacceptable and fall woefully short of any standards acceptable in any workplace”.

On Sunday, Health Secretary Matt Hancock told Sky News that “very significant fines” could be distributed if the claims are proven, in addition to potentially closing down businesses.

Leicester is currently under local lockdown after a recent spike in coronavirus cases.