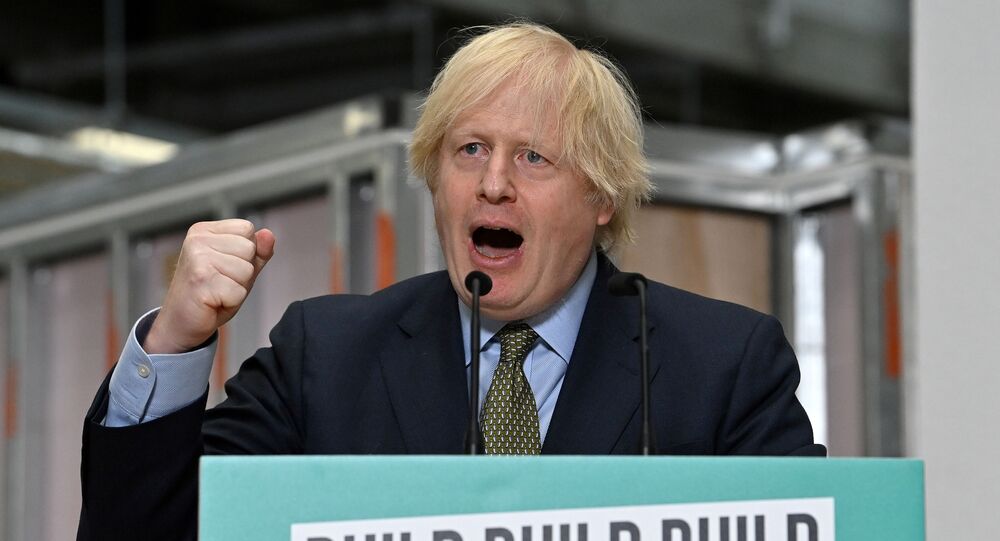 Earlier, UK Foreign Secretary Dominic Raab refused to take a knee, arguing that the gesture felt like it was symbolising "subjugation and subordination" rather than liberation, and erroneously suggested that it had been taken from the popular HBO series "Game of Thrones", sparking a scandal.

British Prime Minister Boris Johnson has commented in an interview with LBC radio on the trend to take a knee in support of the Black Lives Matter movement, saying that he prefers making a "practical difference" and doing something to change the situation regarding racism and racial discrimination rather than simply performing a gesture. At the same time, the prime minister evaded a direct question on whether he would himself take a knee or not.

"I do not believe in gestures, I believe in substance. […] I'd rather see a story of championing success and talking about the opportunities we can open for young black people. That’s what I want to see", the head of the British government said.

Johnson recalled his own contribution to the cause when he served as mayor of London and oversaw a "massive" increase in the number of black people serving in the metropolitan police. He added that he would like to see such measures undertaken across the country.

At the same time, the prime minister reflected on the other side of the coin when it comes to the gesture and how people are basically coerced into doing it, arguing that this often happens against their will.

"I don’t want people to be bullied into doing things they don’t necessarily want to do", the prime minister said, adding that some police officers felt like they were forced into taking a knee only because their colleagues did so.

During the interview, LBC host Nick Ferrari, brought up a recent scandal in the prime minister's government that was sparked by Secretary for Foreign Affairs Dominic Raab refusing to take a knee and making comments about the gesture. The foreign secretary erroneously alleged that it was taken from the popular HBO series "Game of Thrones" and argued that to him, it felt more like a "symbol of subjugation and subordination rather than one of liberation". The official faced a storm of criticism online, despite stressing that taking a knee is a "matter of personal choice".

Many netizens applauded the prime minister for refusing to follow the trend and "cave in to the mob" of protesters, who are purportedly demanding that others kneel.

Well done boris. Never cave in to the mob

Good man, same here, I would take your hand and stand beside you as an equal but I will not kneel and be submissive to you 👍

@BorisJohnson too right re black lives, they do matter but, l would not bend the knee ,except for the https://t.co/g6VoLAFpdp lives matter are a political party .

Others, however, accused Johnson of hypocrisy, recalling his zip wire trip with two British flags ahead of the London Olympics and various other PR stunts related to his core goal in 2019 of "making Brexit done" (which he successfully achieved in January, ending an almost four-year-long impasse in negotiations).

Boris Johnson: "I do not believe in gestures, I believe in substance." (When asked if he would 'take the knee' in support of BLM)

© REUTERS / Jonathan Ernst
Tribute to Fallen or Disrespect? How Kneeling Promotes Message of US Protesters (or Fails to Do So)

The gesture itself was popularised by prominent US football quarterback Colin Kaepernick in 2016 after he started doing it during the national anthem, which is played before the start of matches, in solidarity with African-American victims of fatal police brutality. The gesture received certain traction at the time, but was soon forgotten, with the move being revived during the recent George Floyd protests in the US.