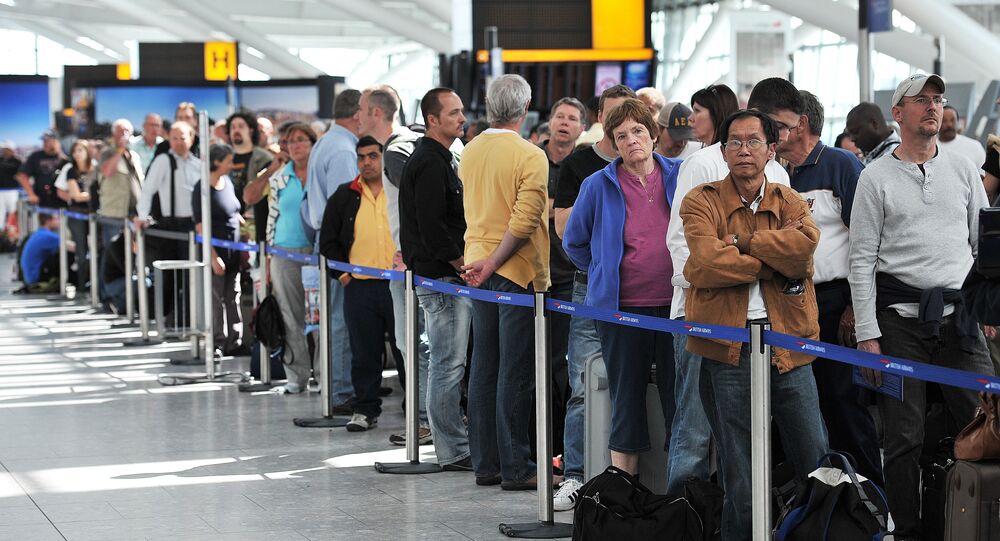 With nearly 44,000 confirmed fatalities, the UK has the highest coronavirus toll in Europe, according to the World Health Organisation’s latest estimates.

The UK Department for Transport (DfT) has confirmed that as of 10 July, people arriving in England from countries deemed to be at a “reduced risk” for the coronavirus will no longer have to self-isolate for two weeks.

About 60 countries, among them France, Spain, Germany, and Italy are expected to be included in the list which will be published later on Friday.

British Transport Secretary Grant Shapps touted the move as “good news for British people and great news for British businesses”, adding that scrapping the 14-day quarantine marks “the next step in carefully reopening our great nation”.

"The entire nation has worked tirelessly to get to this stage, therefore safety must remain our watch word and we will not hesitate to move quickly to protect ourselves if infection rates rise in countries we are reconnecting with”, he pointed out.

A spokesperson for the trade association Airlines UK, in turn, praised the decision as "very welcome", saying that airlines would "be able to restart services to many key markets in time for peak summer travel".

"There's no doubt quarantine has had a devastating impact on our industry and whilst it's welcome the government has removed its blanket ban we would encourage rigour and science is applied in all future decisions surrounding our businesses”, they emphasised.

The quarantine exemption only applies to England as the governments in Scotland and Wales have yet to made a final decision on the matter. This is also the case with Northern Ireland, where quarantine rules will reportedly remain in place for those travellers who arrive from outside Britain and the Republic of Ireland.

The DfT said that the devolved administrations "will set out their own approach to [quarantine] exemptions" and that travellers returning to Northern Ireland, Scotland, and Wales "should ensure they follow the laws and guidance which applies there".

Separately, the DfT underlined that its “expectation is that a number of the exempted countries will also not require arrivals from the UK to self-isolate”.

The quarantine exemption comes as the UK returns to normal life on a step-by-step basis following a nationwide COVID-19 lockdown imposed in March amid reports that Saturday will see the reopening of bars, restaurants, and hairdressers in England.

With almost 44,000 confirmed fatalities, however, the UK currently has the world’s third-highest coronavirus death toll after the US and Brazil, according to the World Health Organisation’s latest situation report.