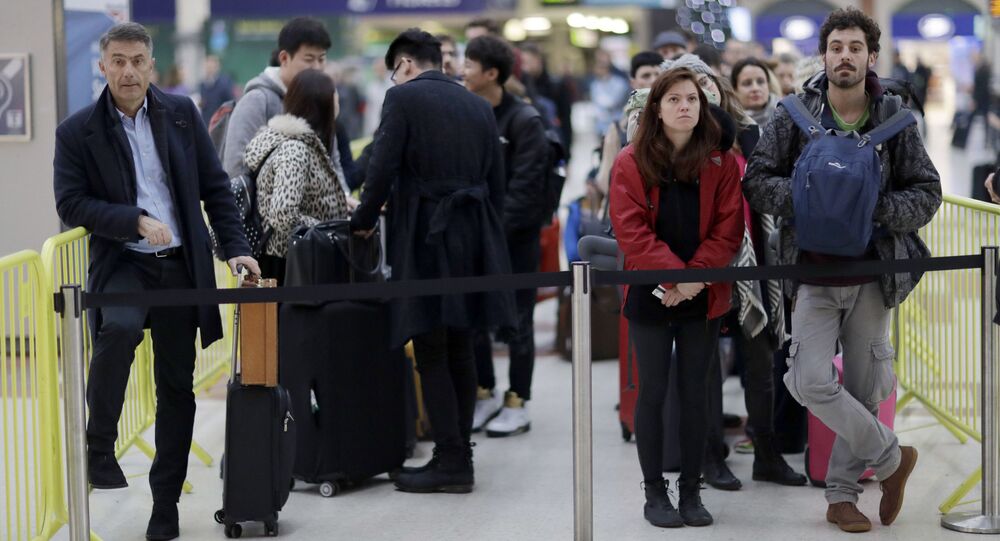 The news comes as Britain confirmed at least 313,483 cases and 43,906 deaths in the country, putting the nation in third place in terms of the number of coronavirus-linked deaths worldwide, right after the United States and Brazil.

At least 75 countries will join the first quarantine exemption list for British holidaymakers, The Telegraph reported on Thursday. The list, which is expected to be published in the coming days, will stipulate lifting bans on non-essential travel to nearly all EU nations, as well as British territories, Turkey, Thailand, Australia, and New Zealand.

© AFP 2020 / JUSTIN TALLIS
A British Airways Airbus A380 lands at Heathrow Airport in London on July 4, 2013. British Airways is the first UK airline to take delivery of the A380 and the first long-haul flight will be to Los Angeles on September 24, 2013

As a result, people travelling to those low-risk destinations will no longer have to quarantine for 14 days upon returning home.

At the same time, some of those countries are still imposing restrictions on Britons, including Greece, which is still suspending flights from the UK, while Ireland has warned that people from the UK may be forced to self-isolate for 14 days upon arrival.

Commenting on the issue, junior minister Simon Clarke noted that the government is looking at ways to give people a chance for proper summer holidays.

The development comes after the travel industry repeatedly slammed the "air bridge" idea, with the Quash Quarantine campaign group of 500 travel and hospitality businesses, saying that "air bridges were unsustainable in Europe", as there is no way to restrict people from travelling in the EU or Schengen zone.