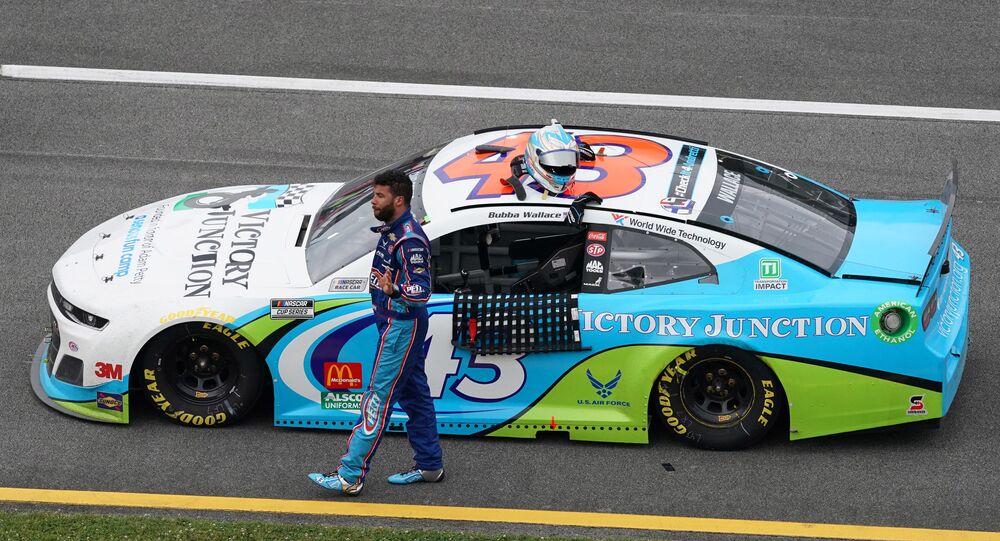 Controversy has erupted over a rope in the shape of a noose discovered in the garage of a black racing driver who urged NASCAR to ban the use of Confederate flags from their events and properties.

A racetrack in North Carolina has seen some its partners drop their association after the owner advertised “Bubba Rope” for sale online just days after NASCAR said that a noose was discovered in the garage stall of Bubba Wallace, the only Black driver in the racing series.

According to the Winston-Salem Journal, a driver series dropped partnerships with the half-mile, dirt track 311 Speedway in Stokes County on Friday.

The Carolina Sprint Tour released a statement on Facebook confirming that following a "discussion" among their officials, they decided not to participate at the speedway for the rest of the season.

"We do not condone nor support the comments and posts that have been made the past week. We will not put our sponsors, IMCA Racing, series, drivers, teams, owners, fans, or families in a negative light such as what's happened recently", the statement said.

A concrete company has also withdrawn support, the paper has reported.

The "Bubba Rope” post, which emerged on Facebook Marketplace earlier this week, caused a significant uproar on social media and even received condemnation by a spokesman of Governor Roy Cooper.

“Buy your Bubba Rope today for only $9.99 each, they come with a lifetime warranty and work great", the advert said.

NASCAR officials released a photo on Thursday of the rope which was discovered in Wallace’s garage leading to a federal investigation, ultimately determining it was not a hate crime and had been there since October 2019.

NASCAR releases photo to the media of the garage pull rope formed as a noose from the Bubba Wallace garage Sunday at Talladega Superspeedway.
This image was provide by NASCAR. pic.twitter.com/Z4ZyBzpREF

​The incident follows NASCAR banning the Confederate flag from venues and races after demands made by Wallace.

NASCAR Driver Wallace Relieved 'Noose' in Garage Did Not Target Him, Feels 'A Little Embarrassment'