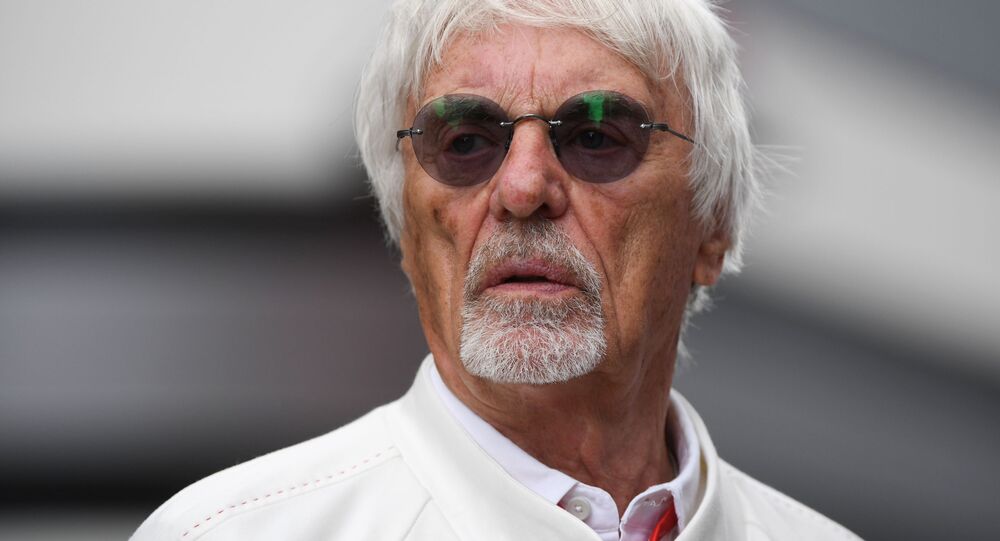 On Friday Former Formula One Boss Bernie Ecclestone came under fire after an appearance on CNN Sport, where he claimed that, in his opinion, in many cases “Black people are more racist than what white people are.”

Former chief executive of Formula One Group Bernie Ecclestone has defended himself against a backlash for his earlier statements, which were deemed  as“racist”, insisting he doesn't care if someone is "yellow, green, brown or pink" in a Mail on Sunday interview.

The ex-Formula 1 boss, 89, found himself in hot water after a TV interview for CNN Sport on 26 June.

In a reference to the ongoing Black Lives Matter (BLM) protests sweeping the US and many other countries in the wake of the death of black man George Floyd in police detention, Ecclestone had claimed that "black people are more racist than white people".

When further questioned by CNN regarding the statement, Ecclestone replied he didn't have evidence to support his belief, but had "noticed" it over the years.

He had also added he was "surprised" that British Formula One racing driver and BLM supporter Lewis Hamilton had been upset after being taunted at the start of his career by “fans” in blackface.

Regarding Hamilton and his involvement in the BLM protests, Ecclestone remarked:

“I'm surprised that it concerns him”.

Fending off criticism for his Friday remarks, Ecclestone was quoted by Mail on Sunday as saying:

“I am not anti black people. Quite the opposite. I have always been very much in favour. In fact, Lewis’s dad wanted to go into business with me. He made some nice rowing machines. I would never even have considered it if I had been anti-black… It’s not my fault I am white, or that I am a little shorter than the next man. I was called Titch at school. I realised I had to do something about it. Black people should look after themselves.”

Commenting the ongoing marches protesting systemic racism and police brutality against African Americans, Ecclestone claimed that most people attending them "probably wouldn't know" what they were protesting about.

Weighing in on the drive to remove a number of statues of controversial historical figures, Ecclestone branded it as "stupid", adding that instead, students should be shown the statues to understand history’s flaws.

British racing champion Lewis Hamilton has since condemned Ecclestone’s remarks in a spate of Instagram messages, deploring his comments which show us how far we as a society need to go before real equality can happen."

Earlier, in an interview for The Times, British Formula One racing driver and six-time World Champion Lewis Hamilton, 35, had revealed he was the target of racial abuse and accused of "not being British enough" at the start of his career, with “fans” taunting him in blackface during an incident in Spain in 2008.

"For me, and so many others around the world, seeing George Floyd’s murder triggered a sense of deep pain, anguish and frustration,” said the only black driver in racing, currently representing the Mercedes AMG Petronas team.

F1 Chief Bernie Ecclestone: 'We Need to Slow Down Mercedes'