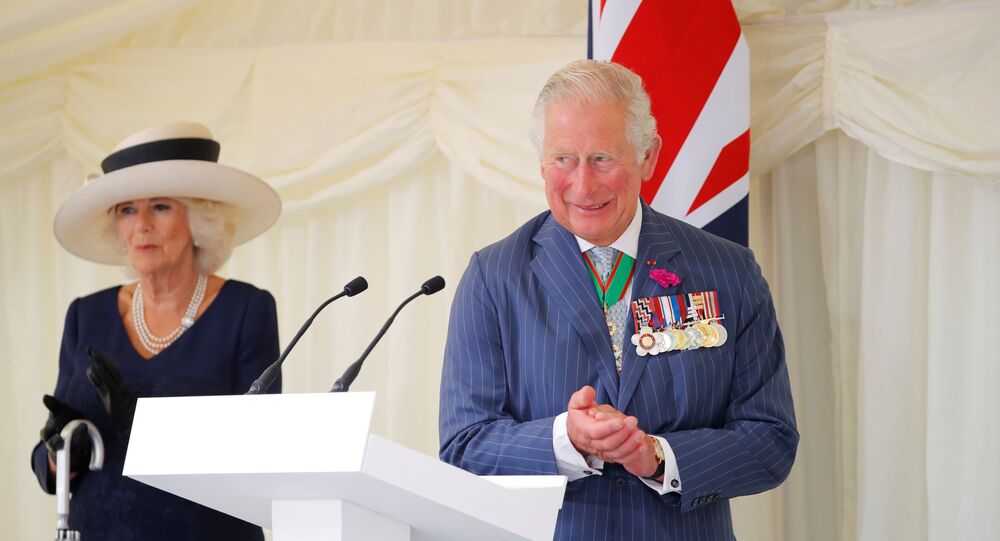 The Duke and Duchess of Sussex made a sudden move to Los Angeles at the start of the year, sparking reports that Prince Harry has been talking about how dramatically his life has changed. For many, the couple’s decision to depart from their senior royal duties is said to have been very sudden.

Heir to the British throne Prince Charles probably foresaw “considerable problems” with Meghan Markle joining the Royal Family, according to Nigel Cawthrone, the author of a newly released book titled "Prince Andrew, Epstein and the Palace".

“I think he [Prince Charles] likes strong women, but in The Firm there is only room for one Queen”, Cawthrone Told the Sun’s Fabulous, referring to the British royal family’s nickname “The Firm”.

“Harry and Meghan amplified the popularity of the royal family in the way that Prince Andrew and Fergie did at the time”, he continued. “However, for the sake of The Firm he will feel this outcome is better that the monarchy is small in size rather than a constellation of stars in separate orbits”.

© AP Photo / Jonathan Brad
Britain's Prince Harry looks at his bride, Meghan Markle, as she arrives accompanied by the Prince Charles during the wedding ceremony of Prince Harry and Meghan Markle at St. George's Chapel in Windsor Castle in Windsor, near London, England, Saturday, May 19, 2018

The royal author suggested that the Prince of Wales “genuinely made an attempt” to support his son and his wife “as long as it wouldn’t upset other HRH’s”.

“In truth, however, there wasn’t a lot he could do apart from offering moral support”, the writer argued. “He no doubt personally regrets the fact that he won’t see his son and family as much as he otherwise would have. He likes tradition and order”.

According to reports, Prince Charles and his daughter-in-law have developed a strong bond since Meghan and Harry’s wedding in May 2018. Queen Elizabeth’s eldest son was actually the one who walked Meghan down the aisle in the absence of her father.

© AP Photo / Dominic Lipinski
Prince Harry and Duchess Markle Reportedly Encourage Anti-Facebook Boycott
In January, Prince Harry and Meghan Markle announced that they would step down from their position as senior royals and balance their life between the United Kingdom and North America, a development that came as a shock to many. The Duke and Duchess of Sussex officially departed from their position in late March, moving to Meghan’s native LA via Canada. According to reports, Prince Charles was then ready to finance part of his son’s security costs in the US, but some sources close to the couple have dismissed these speculations. Some now suggest that Prince Harry has already been “yearning to come home”, reportedly missing the Army and his military appointments.
...
Reddit
Google+
Blogger
Pinterest
StumbleUpon
Telegram
WhatsApp
611
Tags:
Duke of Sussex, US, Meghan Markle, Prince Charles, Prince Harry, United Kingdom
Community standardsDiscussion