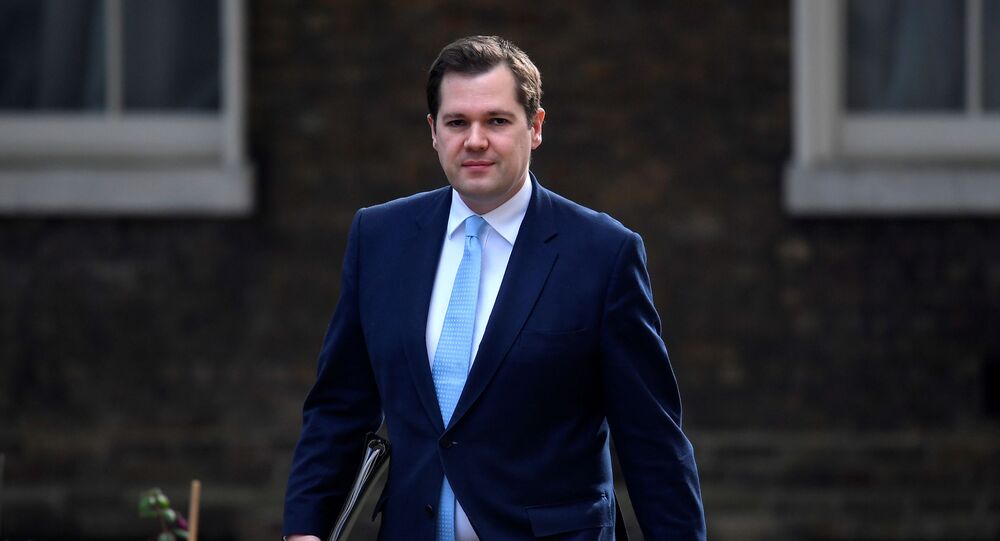 Hardly had the property development scandal involving tycoon Richard Desmond exhausted itself when Boris Johnson’s cabinet minister found himself under new pressure - over a meeting with another Tory donor, whom his spokesperson directly referred to as “a family friend".

The Labour Party has demanded that embattled Housing Secretary Robert Jenrick explain details about a ministerial meeting with a “family friend”, as the top official's spokesman put it, who ostensibly had a business interest in the future of a rival mining project that Jenrick oversaw while in his previous post of exchequer secretary to the Treasury.

The minister met Israeli tycoon Idan Ofer while he was looking into a request for financial support from Sirius Minerals for a mining project that would have rivalled the billionaire's firm Cleveland Potash, The Guardian reported earlier this week, implying the meeting could have pushed the minister to slow down on making the decision.

Steve Reed, the shadow communities secretary, has called for the timeline to be fully clarified, saying:

“Mr Jenrick must now tell us whether he declared his friendship with Mr Ofer to officials prior to the meeting, why he did not immediately step back from making the decision and what further discussions he had with Mr Ofer”, he said as cited by The Guardian, arguing that now is the time for “some honesty”, while Jenrick is currently embroiled in a different London development plan row involving another billionaire - media mogul Richard Desmond.

“Mr Jenrick must come to the House of Commons to explain exactly what he’s been up to because the public are now worried that a new era of Tory sleaze has begun in earnest”, Reed said, bringing up recent demands that the housing secretary step down following accusations of abuse of power and “cash for favours”. The minister’s spokesperson responded by saying that Jenrick had "recused himself from consideration of issues around Sirius Minerals before ministerial decisions were taken on the project”. The spokesman added that as far as “I understand, the decisions were taken after he had left HM Treasury in any case”.

“Mr Ofer is a family friend. Mr Jenrick raised this with officials and voluntarily recused himself on their advice”, he summed up in his statement.

Jenrick reportedly presided over Sirius Minerals’ inquiry for financial support for at least six months after meeting with Ofer, before handing the request over to Liz Truss for further consideration in early 2019 - a detail that Labour Party members immediately picked up on. Incidentally, several months later, Truss refused Sirius aid, with the company ultimately finding itself on the brink of financial collapse.

The opposition separately took note of the fact that in March 2019, one of Ofer’s other UK firms, the Mayfair-based Quantum Pacific UK Corporation, injected about £10,000 into the Tory Party. However, Ofer busted Labour’s suspicions, arguing the request for the donation came at the behest of the Conservative Friends of Israel and was not negotiated with Jenrick, although he is reportedly a member of the group.

Labour’s calls came days after Robert Jenrick found himself in hot water over an East London property development scandal, as he admitted attempting to speed up a Conservative donor’s project in a poor dockland borough in 2019 so that the developer, Richard Desmond, could avoid spending additional millions in taxes. The arrangement was alleged to have been made after the pair met at a chic Tory fundraiser.

Downing Street has so far backed Jenrick, despite Labour’s calls to dismiss the Cabinet minister, with Johnson's spokesman stressing after the senior official's account of events that the matter is “closed”.