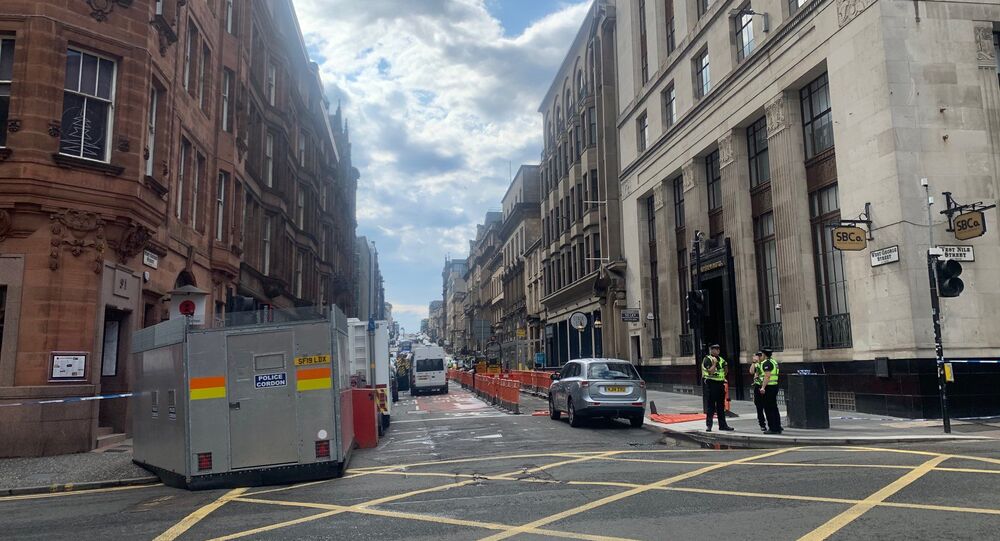 Six people, including one police officer, were injured in Glasgow, Scotland, in a knife attack, Assistant Chief Constable Steve Johnson said on 26 June. The police don’t consider the stabbing a terrorist attack.

The Glasgow attacker, who was shot dead by police, was a Sudanese national named Badradeen, according to the Daily Mail's exclusive report.

The report cites witnesses and a friend of the knifeman as saying that he warned the night before the bloodbath at the Park Inn hotel in Glasgow city centre that he was going to stab people.

"He told me that he was fed up. He had been in the hotel for three months. There was no daylight in his room and he was very angry. He said that he was going to attack two guys in the room next to his because they were making noise to deliberately annoy him", an asylum seeker from Yemen told Mail Online.

According to the witness, the attacker told him that his neighbours hate him as much as he hates them and he is going to stab them.

© Sputnik / Jason Dunn
'I Was Trying to Compress Maintenance Guy's Wound': Witness Details Hotel Stabbing in Glasgow
Scottish law enforcement officials have confirmed that six people, including a police officer, were stabbed during the attack. The assailant was shot dead by armed officers responding to the incident.

UK Prime Minister Boris Johnson and Scottish First Minister Nicola Sturgeon have both said that their thoughts are with those affected.

As many as 300 refugees and asylum seekers were reportedly moved into Glasgow's hotels in April as part of efforts to curb the spread of the coronavirus disease.