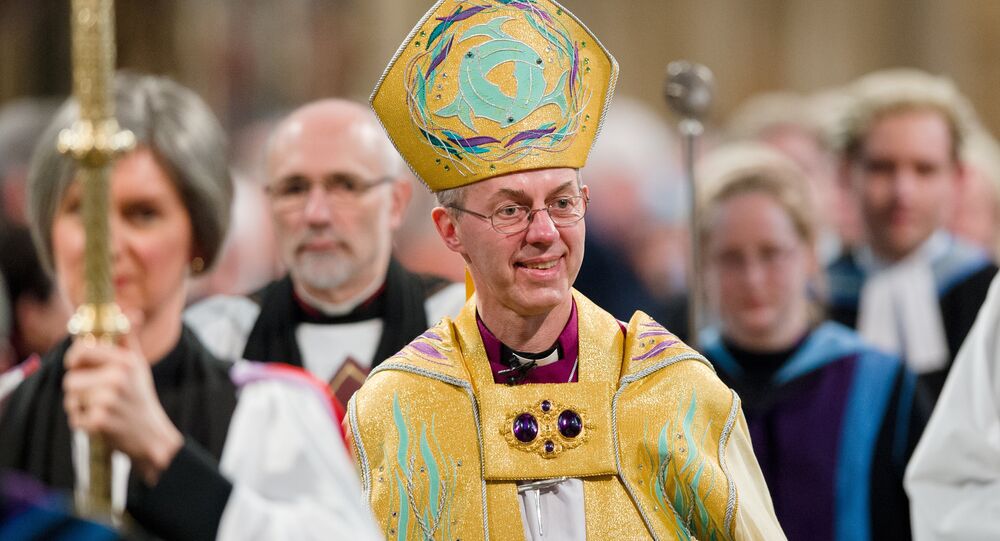 According to the head of the Anglican Church, the Western world should revise its well-established mindset in order to be to a greater extent in line with a more universal and diverse perception of God.

The Church of England should reconsider the way statues and other representations of Jesus show him as white, in light of the BLM protests that swept across the whole world in the first two weeks of June, Archbishop of Canterbury Justin Welby told BBC Radio 4’s Today programme.

Asked if there should be a reckoning over the well-established white image of Christ, the head of the Church of England stressed that the West in general needs to question the longstanding mindset.

“…this sense that God was white … You go into churches [around the world] and you don’t see a white Jesus”, he said, welcoming a rethink on the matter.

“You see a black Jesus, a Chinese Jesus, a Middle Eastern Jesus – which is of course the most accurate – you see a Fijian Jesus”, Welby went on.

He explained that Jesus’ portrayal across the world is in tune with local national cultures, languages and understandings - something that is only natural given God’s “universal” nature.

“I don’t think that throwing out everything we’ve got in the past is the way to do it but I do think saying: ‘That’s not the Jesus who exists, that’s not who we worship’, it is a reminder of the universality of the God who became fully human”, Welby speculated at length.

Addressing the recent calls for statue removals in the aftermath of the BLM protests triggered by the killing of African-American man George Floyd, the archbishop said people should forgive the “trespasses” of those immortalised in the form of monuments, rather than pull them down on the grounds that they were controversial figures from the past.

“Some names will have to change. I mean, the church, goodness me, you know, you just go around Canterbury Cathedral, there’s monuments everywhere, or Westminster Abbey, and we’re looking at all that, and some will have to come down. But yes, there can be forgiveness, I hope and pray as we come together, but only if there’s justice”, Welby said.

Further challenged if the revamp would also touch the interior of Canterbury Cathedral, Welby rushed to shake his head:

He stressed that it was not his decision, sharing with the Today programme that they are set to look very carefully and “put them in context and see if they all should be there”. "The question arises. Of course it does”, he admitted.

Election: Labour and Lib Dems Battle For the Heart of Remain in Canterbury