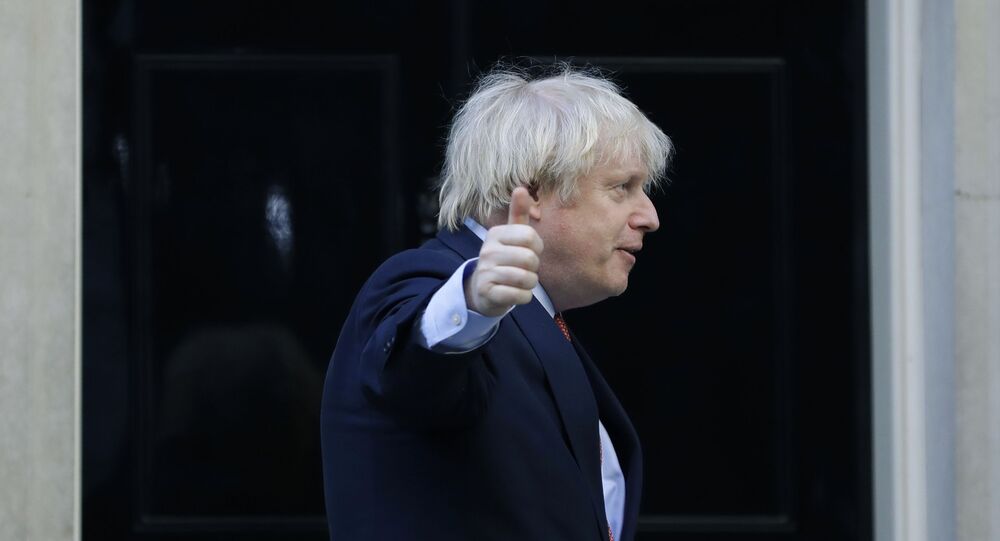 The pictures were taken around the time when media mogul Richard Desmond’s trust pumped money into a local charity project in London’s East End.

While the scandal involving UK Housing Secretary Robert Jenrick and his ostensibly unethical ties to Tory donor Richard Desmond shows no signs of abating, a set of old pictures have resurfaced showing Desmond in the company of… Boris Johnson, the then mayor of London.

The photos show the pair visiting the Shadwell Community Project in east London in 2014 and playing with children on swings, according to The Docklands and East London Adviser, which reported on the newly unveiled East End charity project. Desmond, then the owner and editor of the Daily Express, used the trip to announce £10million in funding from his non-profit group The Health Lottery to financially support London community health charities by 2016. The Shadwell Community Project, a local health charity that runs an outdoor playground and allotments, received £25,000 from The Health Lottery at the time, to provide entertainment outdoor facilities for single parents, families with disabled children, and children with limited opportunities, the newspaper report has it.

Despite the apparently good cause that brought both Johnson and Desmond to the East London playground, netizens, who have now taken note of the photo shoot, couldn’t help giggling at Johnson’s moves on the swings and his vivid facial expressions.

“This is the first thing you see when you enter hell”, one wrote, with another stating that the child in the background “is all of us”, referring to the horror that was discernible on the face of a kid sitting behind Johnson.

This is the first thing you see when you enter hell pic.twitter.com/9xa7QfrkFw

Many more also dwelled on the set of pictures:

I've never met Richard Desmond and he has no more access to Ministers than any other billionaire Tory donor. #ToryCorruption#JenrickResign pic.twitter.com/turz8sGOCf

The ghost child at the top of the pic is also hiding from the scary men pic.twitter.com/30rPMX9lbC

The snapshots resurfaced shortly after Housing Secretary Robert Jenrick found himself in hot water over a London property development row, as he admitted attempting to speed up a Conservative donor’s project in a poor dockland borough in 2019 so that the developer, Mr Desmond, could avoid spending additional millions in taxes.

Prime Minister Boris Johnson's spokesman refused to address a string of questions about the newly unveiled affair in a recent Westminster briefing, but voiced unconditional support for the minister, now at the centre of a political and media maelstrom.

Following Jenrick’s account, in which he outlined his motivation by saying the decision had initially been taken “on the merits of the case”, the PM considers the matter closed, Johnson’s spokesman repeated on as many as nine occasions.