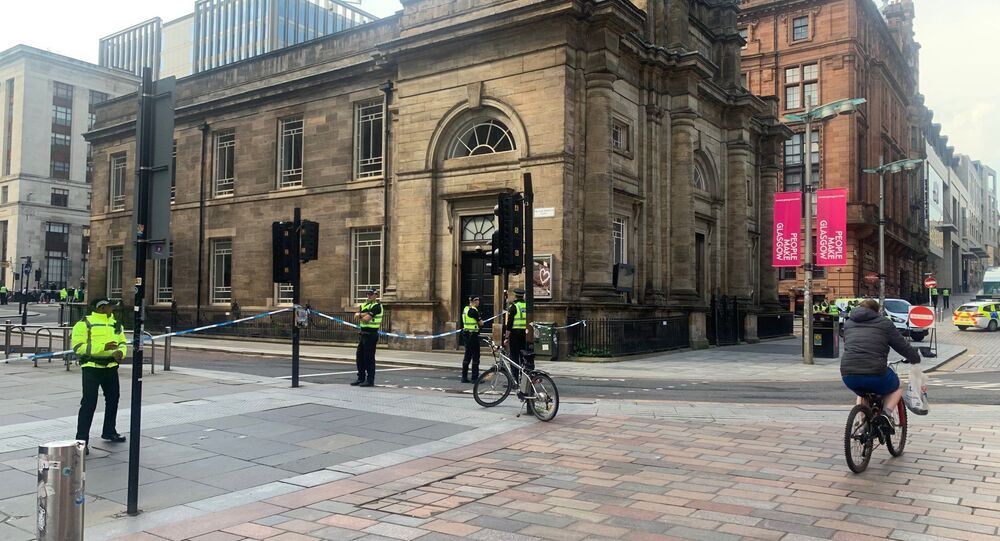 Two people have been stabbed to death at a hotel in the centre of Glasgow by a knifeman who was shot dead by armed police. Six people are in hospital, including a police officer who is "critical but stable."

Armed police are maintaining a cordon around the Park Inn in West George Street in downtown Glasgow on Friday, 26 June.

Cameron Whyte, an Australian national, was at the corner of West George Street and Hope Street when he saw a commotion from the direction of the Park Inn.

Mr Whyte said it was not clear what was happening but he added: "There was just a large police response happening at the time. Very, very panicked and very, very sort of, I’d describe it as just a very, very serious incident.”

​"There was a lot of police commotion, a lot of fast moving officials and a lot of armed police responding. I probably saw about four armed police moving up onto the hotel,” he recalled.

He reflected: “I didn't hear any shots or anything like that. I didn't see anyone laying on the ground. I didn't see any incident. I just saw pretty much just all the emergency units that included about between two to five ambulances and probably 15 to 20 police vans and vehicles just coming and going and locking off the whole area.”

Mr Whyte said a crowd of onlookers were staring at the incident and trying to work out what was happening.

​“It was all just word of mouth. People said maybe there's been a stabbing, there's armed police units here. We don't know what's going on. There's nothing on the news yet. It was all just developing,” described Mr Whyte.

He said the police’s response seemed to be “very, very fast” but he added: “The police that were trying to cordon off the area did seem a little bit flailed and a bit panicked but that was probably just their natural reaction, as most humans do in a situation that's pretty tense.”

​Mr Whyte remembered: “It looked like they were doing their best to keep up with that pressure.”

He said he was “shocked” and was “thankful” that he was not closer to the incident.

“Unfortunately, it looks like there's a few people have died and it's very unfortunate,” Mr Whyte concluded.