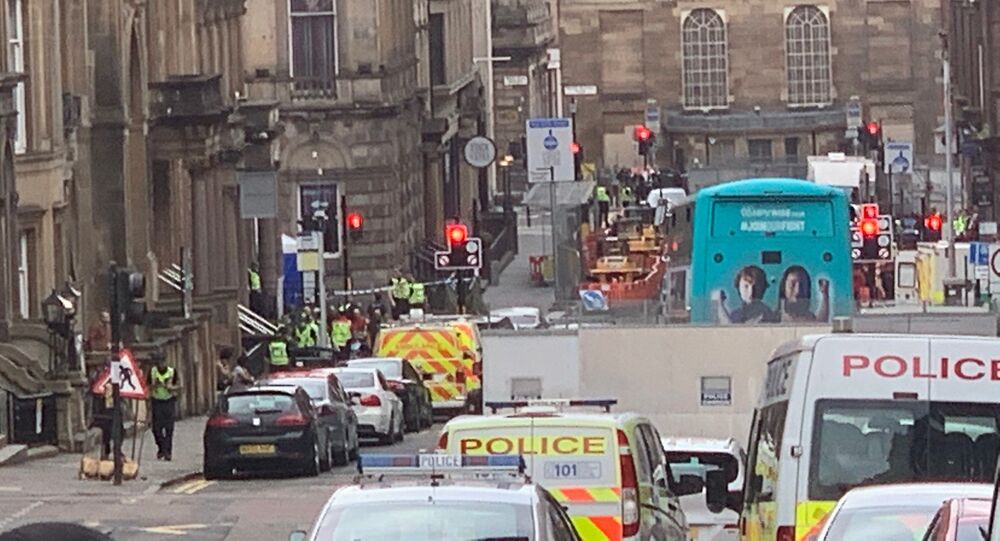 A knife incident rocked the Scottish city of Glasgow on Friday afternoon, when a man attacked multiple people in broad daylight. Six people, including a police officer, have been hospitalised, while police have ruled out that the attack is terror-related.

A man armed with a knife went on a stabbing spree at the Park Inn Hotel on West George Street in Glasgow, injuring a number of people.

Six people were admitted to hospital, including a police officer who sustained knife injuries. His condition is critical but stable. The suspect was shot dead by law enforcement at the scene.

Police Scotland said the incident is not being treated as terror-related.

Earlier unconfirmed reports suggested that three people were killed in the stabbing.