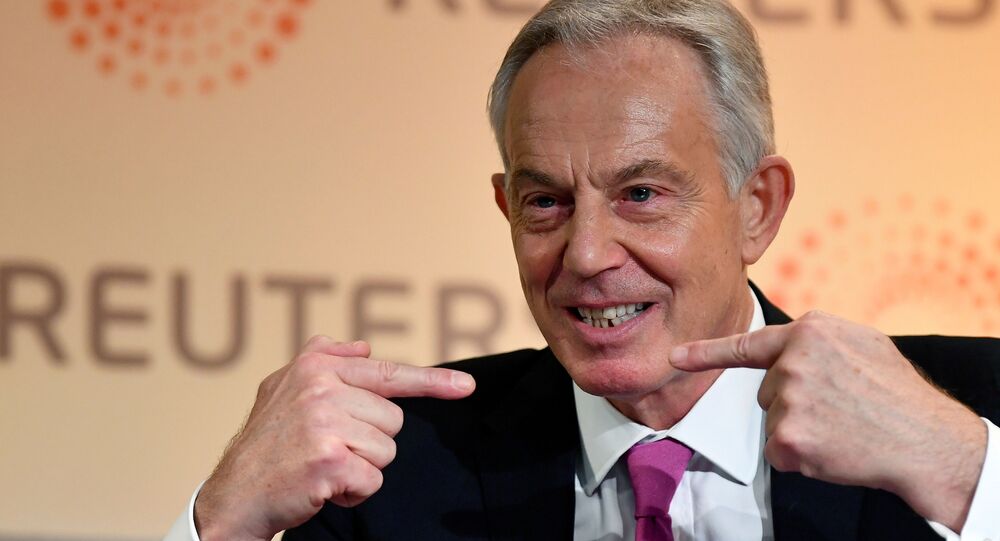 On Thursday, Huawei received permission to construct a research and development facility near Cambridge worth one billion pounds ($1.24 billion).

Former British Prime Minister Tony Blair has urged the UK to side with the US when it comes to London’s decision on the Chinese tech giant Huawei’s participation in building the UK’s 5G infrastructure.

“I think we do need to make a call and I think it has got to be pro-US in the end. It is very hard for us not to be with the US on anything that touches US security”, Blair told a Reuters Newsmaker event on Thursday.

He said that Huawei infrastructure was substantially cheaper than alternatives, adding, “one of the extraordinary things about 5G is that the West has in a way just allowed this advantage, this superiority to be gained”.

The statement comes as Huawei said earlier on Thursday that it had been allowed to start building a 1 billion pound ($1.2 billion) research and development facility in England.

The Chinese telecom giant acquired the site located in Sawston, seven miles from Cambridge University, back in 2018, reportedly seeking to construct its offices there with an initial capacity of 400 people.

Thursday’s developments were preceded by US Under Secretary of State for Economic Growth Keith Krach reportedly warning Britain that it is on a “slippery slope” and reiterating Washington’s mantra that Huawei is “an extension of the Chinese government”.

“They want to co-opt the researchers, and talent from one of the most prestigious universities. They want to get their hands on the technology and IP [intellectual property] to take back to China”, Krach was cited by The Times as saying earlier this week.

“He [Johnson] still wants a relationship with China but the Huawei deal is going to be significantly scaled back. Officials have been instructed to come up with a plan to reduce Huawei’s involvement as quickly as possible”, the source claimed.

Huawei UK chief Victor Zhang, for his part, slammed those who “choose to continue to attack us without presenting any evidence”, and warned that disrupting Huawei’s “involvement in the 5G rollout would do Britain a disservice”.

“[Our] priority has been to help mobile and broadband companies keep Britain connected, which in this current health crisis has been more vital than ever. This is our proven track record”, he underscored, in an apparent reference to the COVID-19 pandemic.

In late February, London announced that it would allow Huawei Technologies a limited role in building the UK’s 5G network across the country, despite previous White House warnings that the decision may compromise Britain’s security and hamper intelligence-sharing between the US and the UK.

London said at the time that the Chinese tech behemoth would be excluded from the 5G network’s "core" parts, such as safety-related and safety-critical areas, e.g. military bases.

Washington has repeatedly accused Huawei of conducting espionage activities on behalf of the Chinese government, despite company officials vehemently rejecting the allegations, calling them “anti-competitive” practices.

US authorities tightened the screws on Huawei in May 2019, when the US Department of Commerce banned the telecom titan and 68 of its subsidiaries from working with American companies and called upon its allies to avoid conducting business with the Chinese firm.

Despite US crackdown, Huawei touted "solid business performance" in its 2019 Annual Report, with the company’s sales topping $123 billion and net profits reaching $9 billion.