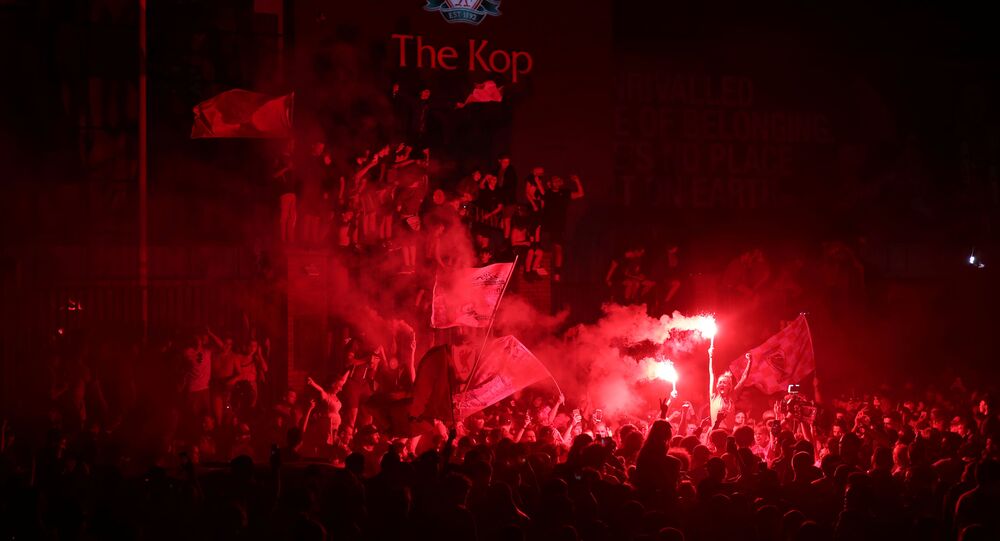 The Reds were crowned Premier League champions for the first time since the 1989-1990 season, after Manchester City FC was defeated by Chelsea FC, losing any chance to catch up with the leaders.

Thousands of Liverpool FC fans have gathered outside Anfield stadium to celebrate their first Premier League title in 30 years, chanting and shooting off fireworks in their favourite team's colour.

According to the Daily Mail, around 5,000 fans took to the stadium on foot and by car before police sealed off the roads around it. However, they were careful to avoid ruining the "party", which continued into the night.

Liverpool are champions of England 🏆

And here's the scenes at Anfield 🏆 pic.twitter.com/aVqiVxOLNj

The scenes outside Anfield as fans celebrate Liverpool winning the Premier League for the first time in 30 years! pic.twitter.com/13tnnOpSlL

Some fans were seen in tears, while others brought their little children to the stadium.

Up the title winning reds!! 🔴🏆 pic.twitter.com/dYN13xB5mT

On Thursday, Liverpool's main contender, Manchester City FC, lost their match against Chelsea FC, with the final score 2-1, and the Reds automatically became Premier League champions, even though there are still seven matches left to take place.