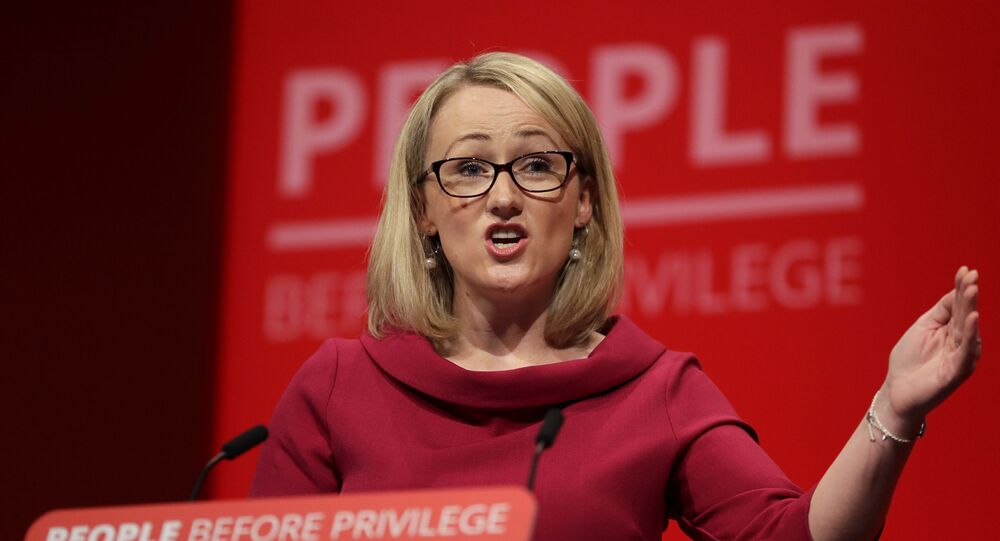 Rebecca Long-Bailey stood against Sir Keir Starmer in the Labour Party leadership election earlier this year. She is a left-winger who was very close to former leader Jeremy Corbyn.

Earlier on Thursday, 25 June, the Shadow Education Secretary shared an article in The Independent which contained an interview with Labour-supporting actress Maxine Peake.

He said zero tolerance for anti-Semitism. He meant it. pic.twitter.com/wfwrtw2JM4

In the article Peake said: "The tactics used by the police in America, kneeling on George Floyd’s neck, that was learnt from seminars with Israeli secret services."

The Independent reporter added, in brackets "A spokesperson for the Israeli police has denied this, stating that "there is no tactic or protocol that calls to put pressure on the neck or airway'."

I retweeted Maxine Peake’s article because of her significant achievements and because the thrust of her argument is to stay in the Labour Party. It wasn’t intended to be an endorsement of all aspects of the article. https://t.co/3k6P3hcCgJ

​But she later retweeted a clarification and said she did not intend to endorse "all aspects of the article."

Sir Keir Starmer, who has promised to stamp anti-Semitism which plagued the party under his precedessor Jeremy Corbyn, said the article had contained an 'anti-semitic conspiracy theory'.

The culture of an organisation is determined by the values of those who lead it.

We welcome Keir Starmer’s actions and hope that the Party, at every level, reflect and learn from this. pic.twitter.com/7M2SDjobEv

​He then added: "As leader of the Labour Party, Keir has been clear that restoring trust with the Jewish community is a number one priority. Antisemitism takes many forms and it is important that we are all vigilant against it."

I have become a huge fan of Maxine Peake's work. #rebeccalongbailey

​Long-Bailey stood against Starmer in the leadership election earlier this year and was then given a senior job in the Shadow Cabinet.

Her dismissal could carve open the divisions between the left and the right of the party.

https://t.co/XyTPHR40Qd I retweeted an interview that my constituent and stalwart Labour Party supporter Maxine Peake gave to the Independent. Its main thrust was anger with the Conservative Government’s handling of the current emergency and a call for Labour Party unity.

​Many people on social media have already come out in support of Long-Bailey, but most Labour MPs are keeping quiet on the subject.

Keir Starmer sacking Rebecca Long-Bailey is an utterly disgraceful decision. It undermines the position the Labour Party has insisted on all along that it’s possible to criticise Israeli policy without being antisemitic. Shameful, shameful stuff.