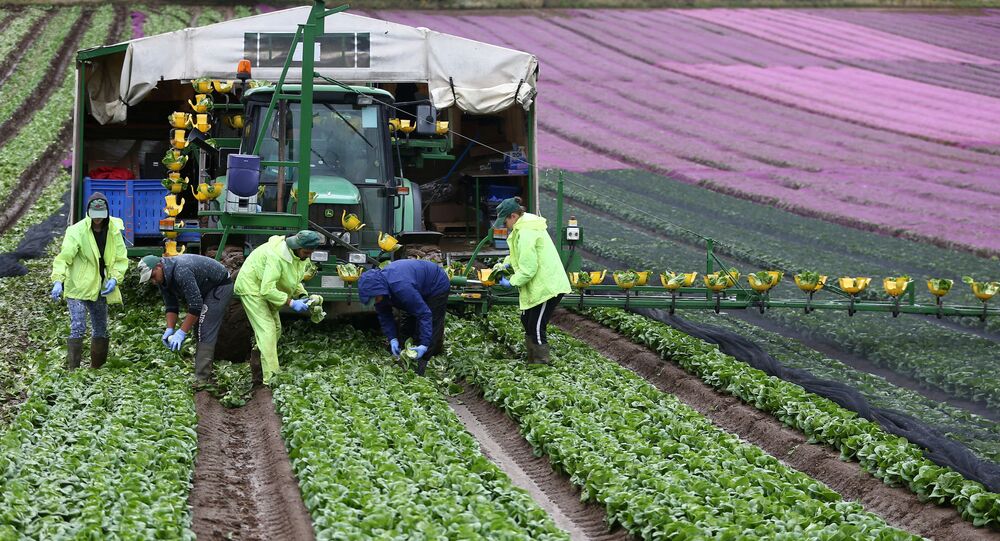 MOSCOW (Sputnik) - The Brexit talks have hit a new obstacle in the form of Brussels' multi-billion subsidies to farmers which London fears would suck UK farmers into an unfavourable competition, The Guardian reported, citing a leaked paper, on Tuesday.

This comes as the negotiations are set to resume next week with the sides seeking to reach a trade deal after the transition period.

According to the paper, 27 EU states would issue a statement welcoming the new talks, scheduled to run into September, but call on businesses to be ready "for all outcomes."

The row reportedly comes down to Brussels demanding that London agree that extensive subsidies to EU farmers within the so-called green box payments do not amount to deliberate price distortion and therefore cannot be countered with "anti-subsidy proceedings nor be subjected to price or cost adjustments in anti-dumping investigations," as outlined in two clauses of the draft deal proposed by the EU.

According to the report, London's negotiators said at the latest round of talks that this would limit the UK government's ability to protect its agriculture.

At present, UK farmers get paid the same subsidies as their EU counterparts, namely 3 billion pounds ($3.75 billion) a year, but, according to the report, Brussels had over time boosted financial support of European farmers within the "green box payments." As elaborated in the report, WTO allows such subsidies to go virtually unrestricted as long as they "do not distort trade, or at most cause minimal distortion," or in other words go to farmers who have no power over levels of production or prices.

The UK government is reportedly concerned that heavily subsidized EU farmers will attempt to exploit the period of uncertainty as the future trade deal is being drafted to solicit disproportionately more support than UK farmers.

As a case in point, The Guardian cited how in 2018 the US Department of Commerce imposed a 17.13 percent anti-dumping tax on Spanish olives, saying they had unfairly low prices made possible by the green box payments.