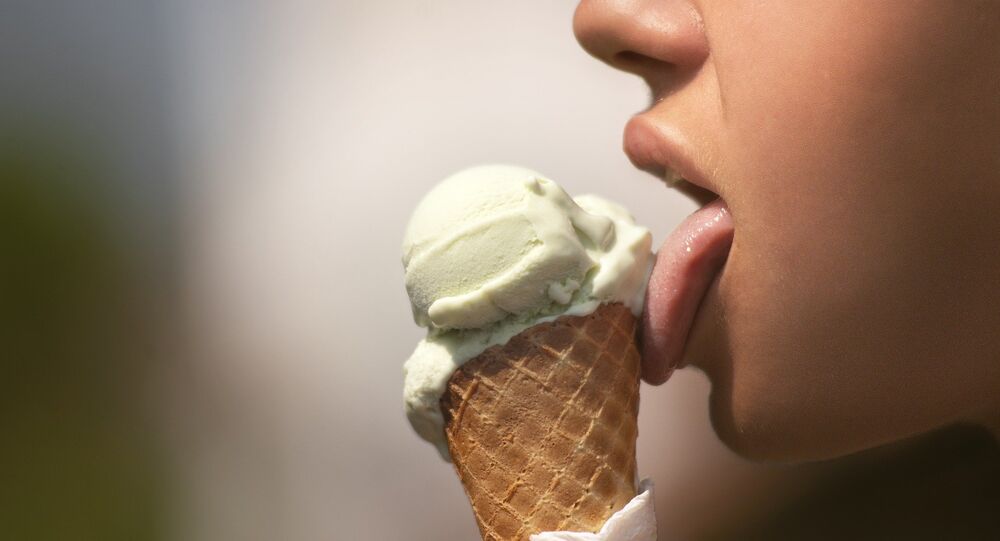 A Novara Media senior editor has been the subject of massive online abuse after uploading a seemingly harmless photo, just after a terror attack took place in the UK city of Reading, following a Black Lives Matter demonstration.

Journalist Ash Sarkar has received death threats online after uploading a selfie to social media on Saturday as she enjoys an ice cream, interpreted by some as support for a terror attack in Reading that had taken place just moments prior.

The photo shows Sarker sitting in a park next to her bike, eating a lolly. It was captioned with 3 oranges, seemingly in reference to the colour of the snack.

The photo received an array of abuse by netizens. Numerous theories ranging from accusations that the oranges represented Libya, the number of victims of that day's attack, and even death motifs from cult movies.

​In an interview with the Mirror, the 28-year old Novara Media editor said that the reception, in light of the attack on the same day, made her "really angry".

“Three families are grieving… and I feel really angry that there are people out there who are appropriating that grief, that shock, and that horror, and then using that to take down someone on Twitter", she said. “Beyond the racism and beyond the threats, I just feel that’s completely immoral".

She explained that her selfie was taken while out in East London's Springfield Park with her friends and boyfriend, thinking it would be a harmless summer picture.

She posted it when she got home, she explained. Saying that she was unaware of the news that had broken hours earlier of the stabbing deaths of 3 people in Reading's Forbury Gardens.

"There’s clearly no connection between me having an ice lolly in a park in Hackney and this terrible killing rampage occurring in Reading", she said.

She suggested that the hateful reaction could be a response to former LBC host and columnist, Katie Hopkins, being permanently suspended from Twitter.

Sarkar said that they were trying to take down an "openly Muslim woman who’s on the left", and called for her supporters and followers to report vicious comments.

One user suggested that the oranges represented the three terror attack victims.

I'm guessing the 3 oranges represents the 3 white people murdered in a park in Reading.. classy 🤔

​Another said that the emojis represented Libyan oranges, after it came out that the attacker was Libyan.

​Others said that the orange represents death omens, as is the case in The Godfather films.

​Sarkar also received massive support and solidarity from Twitter users who were baffled and outraged by the accusations.

Just here to laugh at all the frustrated far right nonces who seriously think a woman eating an ice lolly is an endorsement of terrorism. Honestly. State of you lot.

Sarkar later posted a photo showing that the photo was taken before the horrific event took place.

​The online controversy comes as Reading mourns 3 deaths following a terror attack. The attacker, who was revealed as an asylum seeker, was previously known to security services.

Syria to Fight US Sanctions As Persistently As It Does Terrorism, Foreign Ministry Says

Khairi Saadallah: What is Known About the Terror Suspect in Reading Park Knife Rampage?