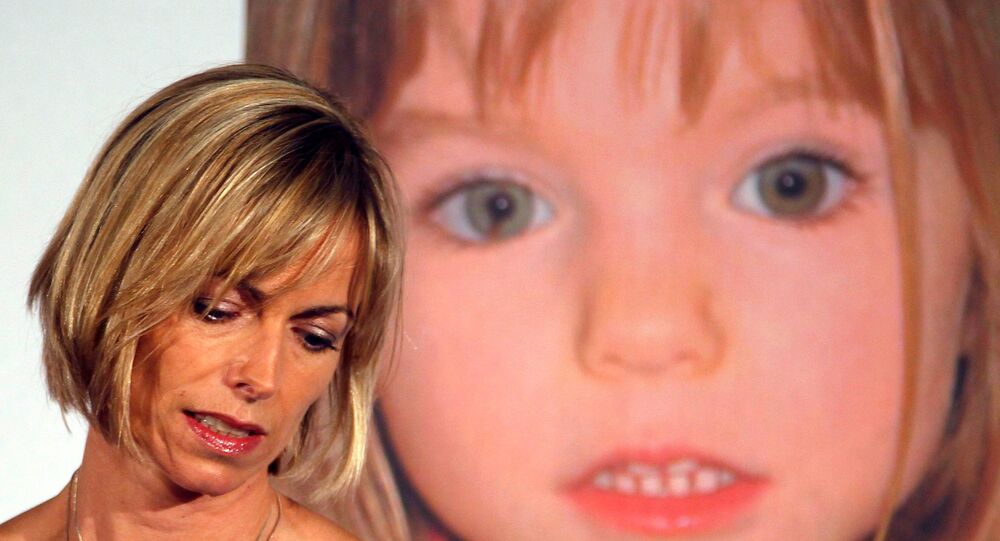 The mystery behind the three-year-old British girl’s disappearance has become all the more talked about in recent weeks as, after years of silence, a new suspect - German Christian Bruckner - has emerged.

DNA evidence from a rape incident potentially linked to a key suspect in the Madeleine McCann disappearance was disposed of by Portuguese authorities, according to The Daily Mail.

Hazel Behan, from Ireland, who waived her right to anonymity in a recent interview with The Guardian, alleges that in 2004 she was gagged and raped in her Algarve apartment for a duration of five hours, and now believes that her attacker could be the same German sex offender being investigated by police for the disappearance of Madeleine McCann in 2007.

Ms. Behan decided to go public about her 2004 ordeal after discovering that key McCann suspect Christian Brueckner was convicted last year for the September 2005 rape of a 72-year-old American woman in Praia Da Luz, the same location from where the three-year-old Madeleine went missing two years later.

Behan says she was told by the UK Metropolitan Police that they were taking her case seriously and that it would be duly investigated in collaboration with Portuguese police. However, according to The Mail, it has now emerged that Portuguese authorities bungled the investigation by destroying crucial DNA evidence from the crime scene, likely making it near impossible to prove that Mr Brueckner was involved in Ms. Behan’s assault.

© AFP 2021 / HANDOUT / METROPOLITAN POLICE
Police Recover Files Linking Madeleine McCann’s Disappearance to Key Suspect - Report
Portuguese court papers are said to reveal that the investigation of Ms. Behan’s assault was put aside because identifying a suspect would have been difficult as it occurred during Euro 2004, when a large number of tourists were in the area. Moreover, The Mail says that the papers claim the attack appeared to just be a “one-off.”

In the case reports, Ms. Behan described the machete-wielding man who raped her as speaking English, but with a European accent, likely “German, Belgian or Dutch.”

According to The Mail, the papers go on to say that while a DNA sample was obtained through Ms. Behan’s underwear and one of her broken nails, there was no match.

The papers then confirm that the DNA evidence was binned just two months before Madeleine’s disappearance, saying that, “on March 15 2007 when the judge decides to archive the investigation, the Public Ministry decide any biological material should be destroyed… As they are in a bad condition it is improbable that if this re-investigation was reopened the material could be subjected to counterproof analysis.”

Ms. Behan told the Guardian in a June 9 interview that she feared Christian Brueckner could be the same man who attacked her because her own rape experience sounded eerily similar to the German's 2005 rape of the American tourist.

“My mind was blown, when I read how he had attacked a woman in 2005, both the tactics and the methods he used, the tools he had with him, how well he had planned it out. I puked, to be honest with you, as reading about it took me right back to my experience,” Ms. Behan said.

The American victim was allegedly beaten with a sword after Brueckner broke into her Portuguese villa. Much like Ms. Behan’s horrific attack, the American woman was gagged, bound and tortured. “I feared I was going to die,” the American is quoted as having told police. Mr Brueckner managed to evade justice for 12 years for his attack on the elderly woman, but was eventually caught due to DNA evidence linking him to the scene of the crime. He was jailed for seven years last December.

The developments come not long after a prosecutor in the Madeleine McCann case claimed to have “evidence” that the child was killed, but not enough to charge prime suspect Christian Brueckner.

Portuguese authorities have been heavily criticised for then handling of the Madeleine McCann case since the child vanished in 2007. Earlier this month however, Portuguese police chief Carlos Farinha claimed that Mr Brueckner’s name was passed on - along with scores of other suspects - to Scotland Yard in the UK. Mr Farinha argues however that Scotland Yard never asked Portugal to take a closer look at the now prime suspect.