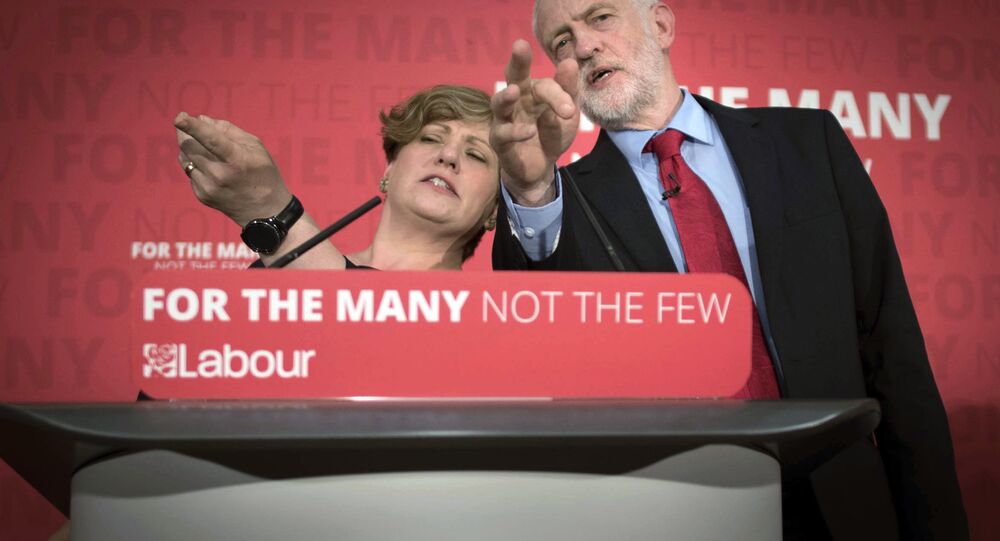 A document drawn up by the party group Labour Together suggests there was a plethora of factors that proved fatal for Labour’s leadership in December 2019, when British left-wingers infamously lost multiple constituencies they had previously held for a century.

Labour has a “mountain to climb” if it is to get back into power, according to a major review of the party’s 2019 general election defeat, according to The Guardian.

The 150-page document by the party group Labour Together elaborates on the setbacks of former party leader Jeremy Corbyn’s tenure, misunderstanding over the party manifesto, as well as Labour’s ambiguous stance on Brexit, which, the report says, reinforced each other “snowballing” and bringing about December’s fiasco.

However, the latter was likewise the result of two decades of demographic and political change that affected the party’s traditional base, and could put more Labour seats in limbo in 2024.

“Labour’s electoral coalition had been fracturing for a long time and was broken in 2019. We were rejected by many of the communities we were founded to represent", says the report. “We lost all types of voters everywhere compared with 2017, except in London", the Labour group lamented.

The report has pinpointed key drawbacks of the party’s course, including around the 2019 vote, making use of interviews with senior party members, along with previously unpublished polls and insights.

The key conclusions included speculation that “it was unclear who was in charge” of the election campaign, and relationships were soured by years of infighting which had created a “toxic culture” and “significant strategic and operational dysfunction”. Separately, it was suggested that the Tories had surpassed Labour in terms of their digital proficiency, as Labour messages were reportedly poorly coordinated and were confined solely to the party base.

Thanks to the Conservatives’ clear-cut “Get Brexit done” message, the party managed to reach out to 2 million previous non-voters, effectively making  up a two thirds boost in their vote share, in contrast to Labour, whose seat targeting proved not to be “realistic” and “evidence-based".

The latter point is fully in tune with the content of a dossier leaked in late 2019 claiming that Jeremy Corbyn’s campaign aides Katie Murphy and Seumas Milne were in fact behind Corbyn’s political demise. The dossier, made public at the behest of an internal party critic, claimed at the time Murphy demonstrated unparalleled arrogance as she reportedly announced that she would turn a blind eye to polls and “rip up those rules” in the run-up to the vote.

The Labour group’s review also finds that Corbyn’s leadership was a “significant factor” in the 2019 failures, after his public approval ratings dipped at around the time a group of Labour MPs including Luciana Berger and Chuka Umunna left to found the Independent Group, citing Brexit ambivalence and anti-Semitism within Labour's ranks.

Labour Together was set up to unite MPs and activists, some of whom, including the former leader Ed Miliband, Steve Reed, Lisa Nandy, and Jim McMahon, have taken prominent positions in the shadow cabinet of Corbyn’s successor, Keir Starmer.

Starmer took over for Corbyn after Labour’s major election disaster on 12 December saw the left-wingers lose 60 seats, including constituencies it had held for decades, falling eight percent in the total vote share.