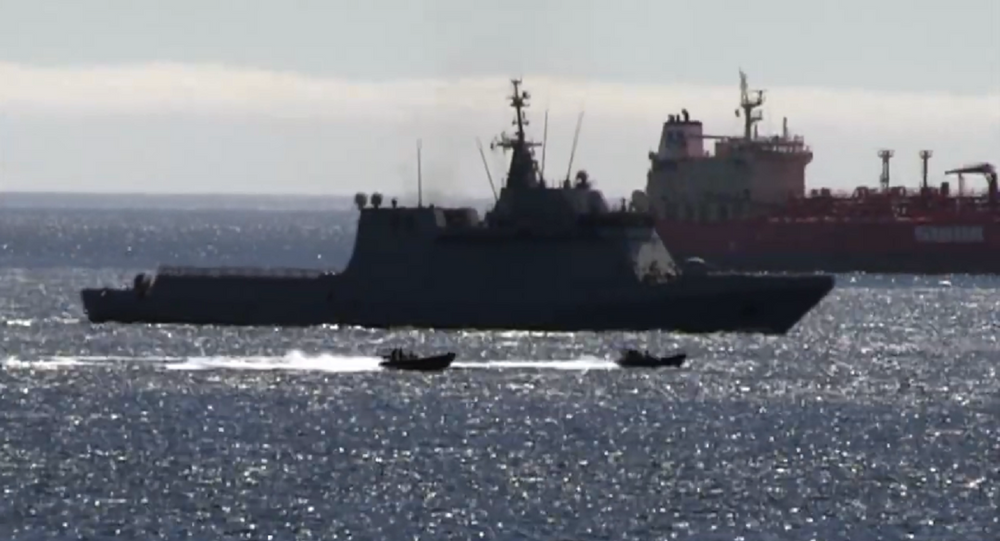 The incident was said to have taken place as two British Royal Navy minehunters along with three Gibraltar-based squadron ships were participating in a routine naval exercise near Europa Point, Gibraltar’s southern-most point on Thursday.

A group of four Royal Navy speedboats was seen a video repulsing Spanish warship Rayo P-42 after the 300-foot long vessel entered territorial waters of the British Overseas Territory of Gibraltar on Thursday.

The Rayo entered the waters as the UK Royal Navy HMS Chiddingfold and HMS Penzance, along with three Royal Navy Gibraltar squadron ships, were conducting a routine training in the area near Europa Point, Gibraltar’s southern-most point, according to the Daily Mail.

The Spanish warship reportedly did not interfere with the exercise of the Royal Navy vessels.

The Sun reported that the four speedboats escorted the warship for over an hour as it left Gibraltar’s territorial waters.

“It was like David and Goliath, but the little boats weren’t afraid. They stayed with the Spanish ship until she turned tail and scarpered,” a witness told the outlet.

According to the Daily Mail, the Gibraltar Broadcasting Corporation has warned mariners in Gibraltar there would be a “surface exercise with high speed maneuvering and blank firing” prior to the training.

Hours following the warship’s incursion, the Royal Navy HMS Sabre had to accompany another a Spanish police boat out of the British waters.

“Incursions are a violation of sovereignty, not a threat to it. We have no doubt about our sovereignty over Gibraltar. The Royal Navy challenges all incursions into British Gibraltar Territorial Waters, and did so on this occasion,” the Foreign and Commonwealth Office said in a statement, cited by the Mail.

Over the last five years, more than 3000 Spanish incursions took place on British Gibraltar’s territorial waters, roughly 12 a week, according to figures released under the Freedom of Information act.

Revealed: Royal Navy Was Behind Rumours of Queen Elizabeth’s Death