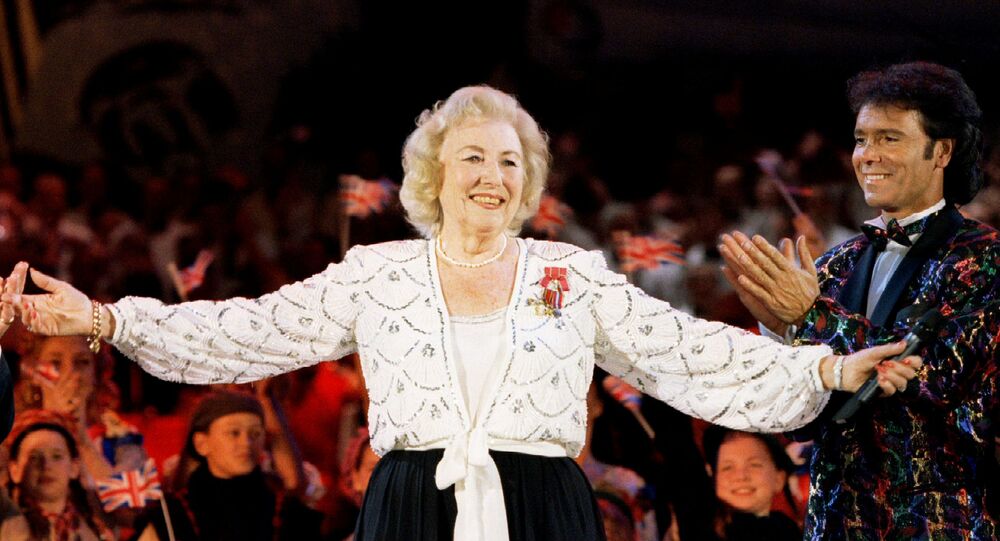 One of the UK's most beloved singers with a career spanning over half a century died on Thursday, with tributes from some of the world's top organisations, personalities and charities commenting on on her passing, it was reported.

The renowned World War II singer died surrounded by loved ones, a family statement read, adding: "The family are deeply saddened to announce the passing of one of Britain's best-loved entertainers at the age of 103".

UK prime minister Boris Johnson offered his condolences, tweeting that the singer's "magical voice entranced and uplifted our country in some of our darkest hours."

​French president Emmanuel Macron will meet with PM Johnson on Thursday to observe 80 years of the French Resistance against Nazism, where then-leader Charles de Gaulle broadcasted his 'Appel' message in London to Vichy France.

​Dame Vera Lynn was born in London in 1917, she was dubbed the Armed Forces 'Sweetheart' for her performances for troops stationed across the world, including Burma and India.

© CC BY-SA 4.0 / Colin / Royal Albert Hall
We'll Meet Again: Royal Albert Hall to Host First Closed Door Victory Day Concert Amid COVID-19, CEO Says
She achieved global success for her songs "There'll Always Be An England", "The White Cliffs of Dover", "I'll Be Seeing You" and many others to help boost troop morale amid one of the world's deadliest conflicts.

She was also the oldest artist to earn a top 40 album in the UK after her greatest hits album reached number 30 amid the 75th VE Day anniversary in May.

The duet received critical praise and was the first closed-door performance at the Royal Albert Hall since the German Luftwaffe Blitz in 1940, Craig Hassell, Royal Albert Hall chair chief executive told Sputnik at the time.

Queen Elizabeth II referenced the song title in a recent speech to Britain, using the famed song title to raise spirits amid the coronavirus lockdown.