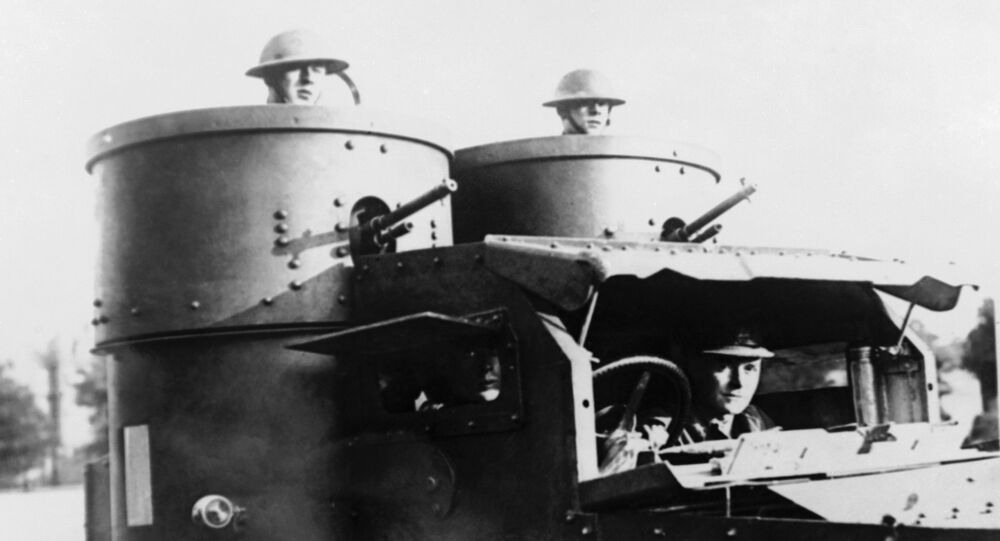 100 Years On: UK PM 'Should Have Known' Risk of Using ‘Traumatised’ War Veterans in Irish Conflict

Micheál Martin, the leader of Fianna Fáil, has signed a coalition deal which would mean him taking over as prime minister from Fine Gal leader Leo Varadkar, who would return as Taoiseach in 2022. Ireland’s two traditional main parties were formed in the 1930s, in the wake of a brutal war of independence and a brief civil war.

A hundred years ago the British Prime Minister David Lloyd George's popularity was beginning to dip as a brutal conflict in Ireland began to undermine the acclaim he garnered for winning the First World War.

Before the war Lloyd George’s Liberal Party had agreed to grant Home Rule to Ireland but then in 1916 British troops quelled the Easter Rising in Dublin and executed many of the participants.

In 1919 the Irish Republican Army (IRA) launched a guerrilla war in a bid to force Britain to withdraw its troops and grant independence to Ireland.

Many were English, Scots and Welsh former soldiers who had served in the British Army in the trenches of Flanders. They became known as the Black and Tans and their brutality in Ireland would become notorious.

"This is definitely not a forgotten conflict. It is still very much in the Irish people’s knowledge of our history, and something we have been talking about as part of the story of Ireland’s fight for independence throughout our decade of centenaries," Brenda Malone, Curator of Military History at the National Museum of Ireland, said.

"What was done during this period in our history, in particular by the Black and Tans and auxiliary police, has scarred town and communities that haven’t been forgotten,” Ms Malone told Sputnik.

Haunted by History 100 Years On

She pointed out that in January 2020 the Irish government was forced to defer controversial plans to commemorate the RIC because of the "spectre" of the Black and Tans. 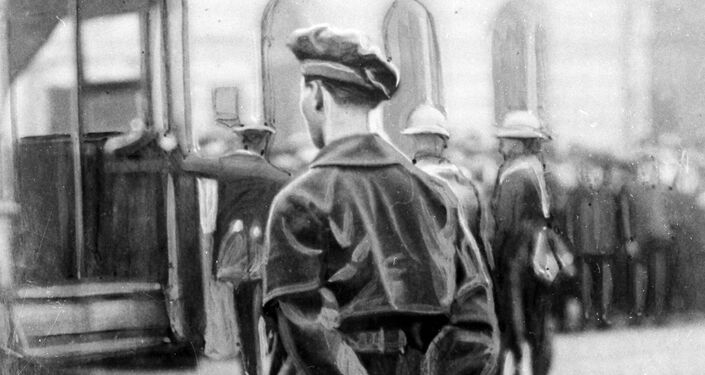 © AP Photo
A police officer, from the Black and Tans, in Ireland in 1920

Among the atrocities the Black and Tans committed were the sacking of the town of Balbriggan, near Dublin, in September 1920. After two RIC officers were killed by the IRA, the Black and Tans arrived in Balbriggan, looted and burned two pubs, set fire to 50 houses and a factory and beat two men to death in the street.

Ms Malone said: “It should have been obvious that sending war traumatised men into a new conflict situation, one which did not follow the standard warfare rules, couldn’t have ended in anything but the brutality that some Black and Tans and Auxiliaries showed through their murders of Irish civilians, violence and rape of women and the destruction of whole towns.”

She said some of the Black and Tans also became double agents for Michael Collins’ IRA, which had great success in infiltrating the regime, which was based in Dublin Castle.

But why did Lloyd George and his government endorse such brutality and violence when Home Rule had already been more or less agreed six years earlier?

Ms Malone said they probably feared Ireland would become the first of a series of dominos in the British Empire, which would lead to the loss of India, the jewel in the crown.

Bringing Ireland's History to Life 🇮🇪
This is the last ever footage taken of Michael Collins at the funeral of Arthur Griffith in Glasnevin Cemetery, who died on 12 August 1922. Sadly just 12 days after this footage was taken Collins himself would be buried in Glasnevin Cemetery. pic.twitter.com/I91F18kxdL

​She said: “Hunger strikes, especially the death of Cork Mayor Terence MacSwiney, gained attention and sympathy from countries around the world. The British government’s response was to ban bodies such as Dáíl Éireann and try to crush them with force, and underestimate the world’s response to the situation in Ireland, rather than negotiating with the new Irish government or thinking through a real response.”

“At the same time many in Britain also sympathised with the Irish cause and were horrified by British actions in Ireland, but the British government also chose to ignore them,” added Ms Malone.

In November 1920 - what became known as the first Bloody Sunday - the IRA killed 13 British intelligence agents, the so-called Cairo Gang, and in response the Auxiliaries murdered 14 civilians at a Gaelic football match at Croke Park in Dublin.

It’s only a few months ago he wanted to commemorate the black and tans. 🙄 https://t.co/c18WdKT7IE

​The following month the Black and Tans and the Auxiliaries burned down the centre of Cork - Ireland’s second biggest city - in retaliation for an IRA ambush. Hundreds of people were made homeless and jobless.

In the summer of 1921 the British government suddenly reached out to Collins and began negotiations, which would eventually lead to the Anglo-Irish Treaty. It only later emerged that the IRA were actually running out of arms for the conflict at the time.

Ms Malone said: “Though there had always been a discrepancy in firepower and manpower between the IRA and the British forces, it is true that the IRA was running out of resources such as arms and ammunition around this point, and it was getting much harder to import them into the country.”

She said: “Mass internment had also depleted the IRA’s numbers of men on active service. It seems the British government were not as aware of this as they should have been, and certainly this war was not going well for them and this could be seen both internationally and domestically, which may have been an extra reason to decide to enter into a truce and start negotiating a settlement.”

When Collins and most of the IRA leaders decided to accept the Anglo-Irish Treaty a brief civil war broke out. Anti-treaty forces, led by Eamon de Valera, resented the division of Ireland - with Protestants in six of Ulster's nine counties adamant they remain part of the UK - and were also irate that the Irish Free State would be only have dominion status and would still have the British monarch as head of state.

The pro-treaty forces won the civil war, but only after Collins had been assassinated.

In the 1930s the first head of the Irish Free State, W T Cosgrave, founded Fine Gael (Family of the Irish) while de Valera would set up Fianna Fáil (Soldiers of Destiny).

These two parties have dominated Irish politics ever since but earlier this year Sinn Fein thought they had made a breakthrough when they won the popular vote in the Irish general election.

But Fianna Fail and Fine Gael refused to enter a coalition with a party which is still seen as the political wing of the Provisional IRA  - a terrorist organisation formed in the early 1970s with the intention of forcing the British to leave Northern Ireland - and they have now been left out in the cold.

So what happened to those Black and Tans who were killed during the Irish War of Independence?

Ms Malone said: “There were over 500 policemen killed between 1919 and 1921, but most of these were Irishmen themselves and not the British auxiliary forces brought in to quell the rebellion – they accounted for maybe a third of the deaths.”

She said some of the Black and Tans’ bodies were brought back to England for burial.

"There are graves in Ireland and there are local stories of bodies in unmarked graves from this war, for example an executed Black and Tan or Auxiliary then concealed in a bog. While graves have not been vandalised that I know of, there is controversy over anything that could be considered commemoration," said Ms Malone.

. @Tyson_Fury, your grandfather was from Tuam, Galway. Your Father, Big John Fury, born in Tuam

The Black and Tans, a brainchild of Churchill, sacked, burnt, murdered in Ireland

The first place they brutalised?