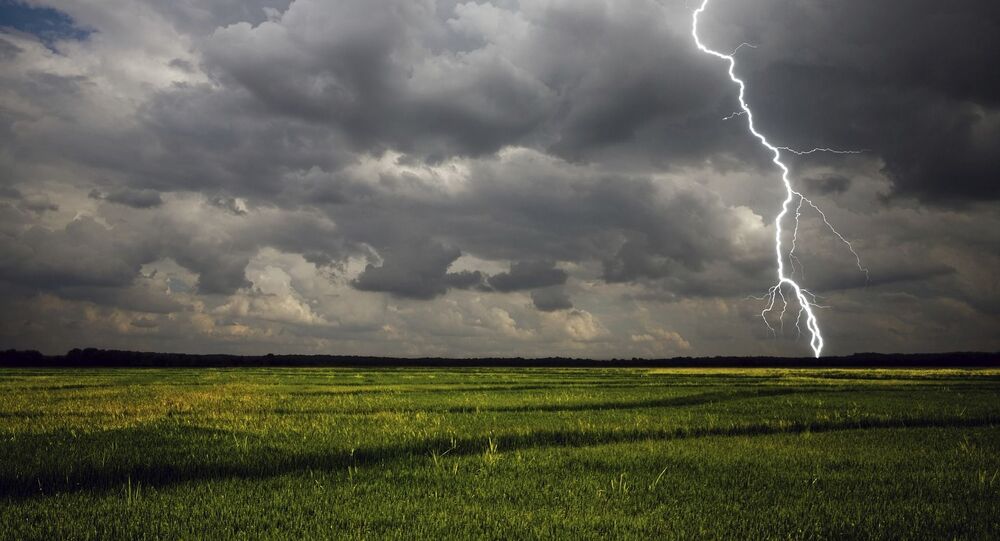 Following a fortnight of sunny spring weather in England and Ireland, the islands are set to be hit with torrential rain and thunderstorms as the temperature is predicted to increase.

Nine cows on an Irish farm were killed after being struck by lightning during a heavy storm on Monday, Irish media confirmed.

The cattle in Dunlicky, County Clare, on Ireland's western coast were hit during torrential thunderstorms that have been sweeping the country.

The Irish examiner that passers-by spotted the cows in the field off of Dunlicky Road cliff drive with their "legs in the air" following a series of thunderclaps.

"Just after we passed Dunlicky Castle we saw the cows in the field", a witness said.

"There were a few cars and men in there as well. I think it was nine milking cows we counted".

The owners of the cows are not known. Eight cattle were also struck during a storm in August last year nearby Tipperary.

The country's weather service warned on Sunday of widespread flooding and hail and has issued alerts for large parts of Ireland.

Intense thundery downpours today, in excess of 50mm, will lead to surface flooding.

​Britain is also poised to be hit by a "June Monsoon" in the next two weeks after the sunniest Spring on record. Scotland, Wales and the north west of England are predicted to be hit the worst by showers and thunder.

Power of Nature: Amazing View of Thunderstorm From Above the Clouds