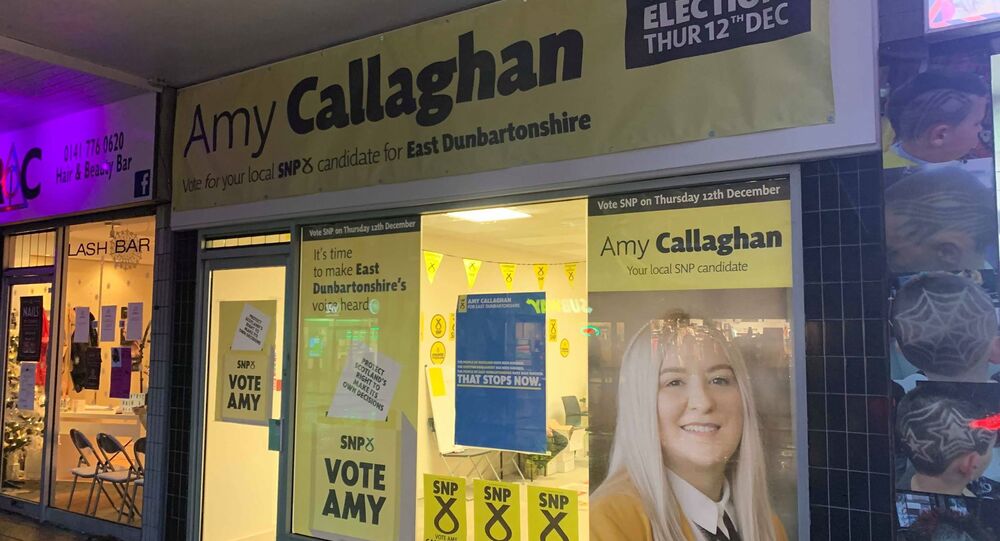 Amy Callaghan, 28, has undergone neurosurgery after collapsing at her home last week.

A statement from her office said she was "now beginning the process of recovery."

Statement from the Office of Amy Callaghan MP:

On Wednesday, Amy was found collapsed at home suffering a brain haemorrhage. She was admitted for emergency neurosurgery and is in recovery.

Our thoughts are with Amy & her family. We ask their privacy is respected. pic.twitter.com/4cMXVxMwMO

Ms Callaghan was diagnosed with skin cancer at the age of 19 and had surgery to remove part of her cheekbone and nerves in her face.

Her office said in a statement: "She wishes to put on record her enormous love and gratitude to all involved in her care – the first response and ambulance crew, accident and emergency staff, the neurological surgeons and the wonderful nursing team – who have all played a role in, undoubtedly, saving her life.”

Sending best wishes and full support to SNP MP Amy Callaghan who suffered a Brain Haemorrhage.
Amy is stable in hospital and pulled through an opertation

Take care Amy all of Scotland is sending you best wishes for a speedy recovery! pic.twitter.com/AAVckHSyjh

​They added: "Amy is in good spirits and able to communicate well with family. She has been overwhelmed with the messages of support and kindness which are a huge source of encouragement.”

East Dunbartonshire is a constituency north-west of Glasgow, centred around the town of Kirkintilloch.

The Liberal Democrats are due to pick a new leader in August, with the contest between Ed Davey and Layla Moran.