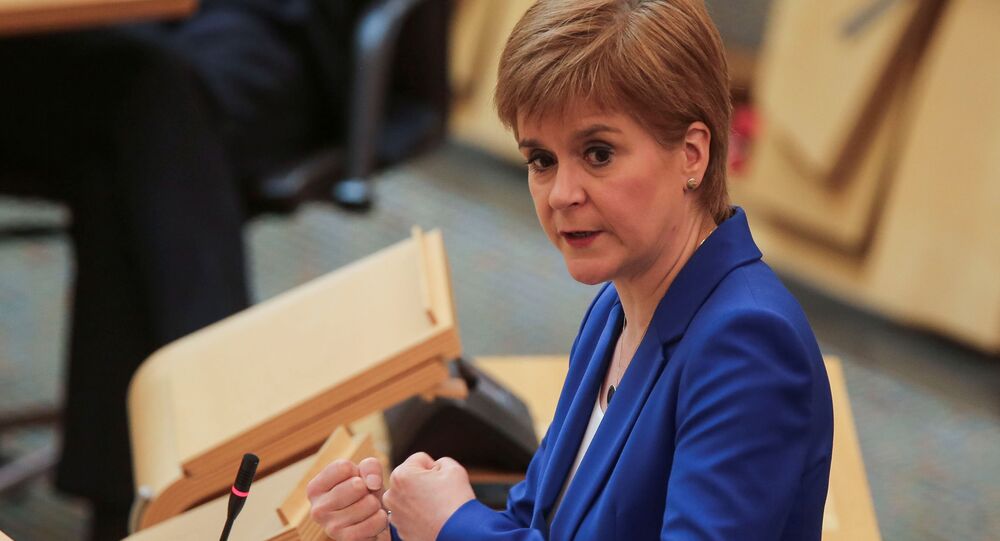 A new report on Scotland’s spending reveals that the country has been hit hard economically due to the coronavirus pandemic. First Minister Nicola Sturgeon has called on the UK government to extend their support for Scottish businesses and employees.

Scotland’s economy has severely felt the impact of the coronavirus pandemic, with a report suggesting spending in parts of the country has declined by up to 68%.

New figures released by financial advising firm Tortoise have revealed that Scotland’s reliance on the tourism and hospitality industry has led to a significant decline in sales revenue across the country. In the Highlands, areas such as Oban have seen a 68 percent decrease in business sales while Aviemore’s ski resort has taken a 58 percent hit.

According to the Sunday Express, the report, which is based on figures gathered from debit card and direct debit transactions, revealed that Glasgow and Edinburgh suffered revenue losses of 45 and 44 percent compared with last year’s report.

However, Tortoise’s report showed that an increase in food and drink sales has helped to counteract the severe economic damage in other sectors of the country.

The figures also revealed that some communities have only been mildly impacted. Fishing port Fraserburgh has suffered a loss of 11 percent and Wick has declined by 18 percent.

Scottish Finance Security Kate Forbes has called on the UK government to give Holyrood extra tax powers in light of the economic chaos caused by the pandemic.

Speaking at Holyrood’s Finance and Constitution Committee on Friday she said there is very limited room for manoeuvre in the Scottish government’s upcoming budget.

She said: "Because this is a fixed budget, because - by law - I cannot overspend, if this year requires extraordinary spending in order to save lives and save the economy, then I will be hamstrung or at least I'll be doing it with one hand tied behind my back.

"Whereas the UK Government is able to borrow more to meet the needs, we cannot, and therefore if there's a pressing need in one part of the budget it will need to be taken from elsewhere."

​Scottish Conservative leader Jackson Carlaw has criticised the SNP’s management of the pandemic.

He said, “The SNP government likes to think it has talked a very good game on this.

“But the fact is, mistakes were made right from the start and they continue to this day.

“The initial response from the SNP wasn’t good enough and nor is the current action we’re seeing now.”

First Minister Nicola Sturgeon responded by saying the decline “confirms the scale of the economic crisis that has inevitably been caused by the health crisis we face.”

She said that it was time to signal a further extension of Treasury support.

"The alternative to extended support being put in place is either that businesses are forced to reopen before it is safe to do so, and that, of course, could damage health and it could cost lives, or businesses will have to take an even bigger hit and that will cost jobs,” she said.

Earlier in the week, KPMG forecasted that Scotland’s economy is to shrink by 6.8 percent in 2020. Although this contraction is less than the forecasted 7.2 percent for the rest of the UK, Aberdeen and Aberdeenshire's economies are expected to drop by 8.6% and 8.5%, respectively.

This comes as the Office for National Statistics announced on Friday that the UK’s GDP had dropped by a record 20.4 percent in April during the country’s first full month of lockdown.