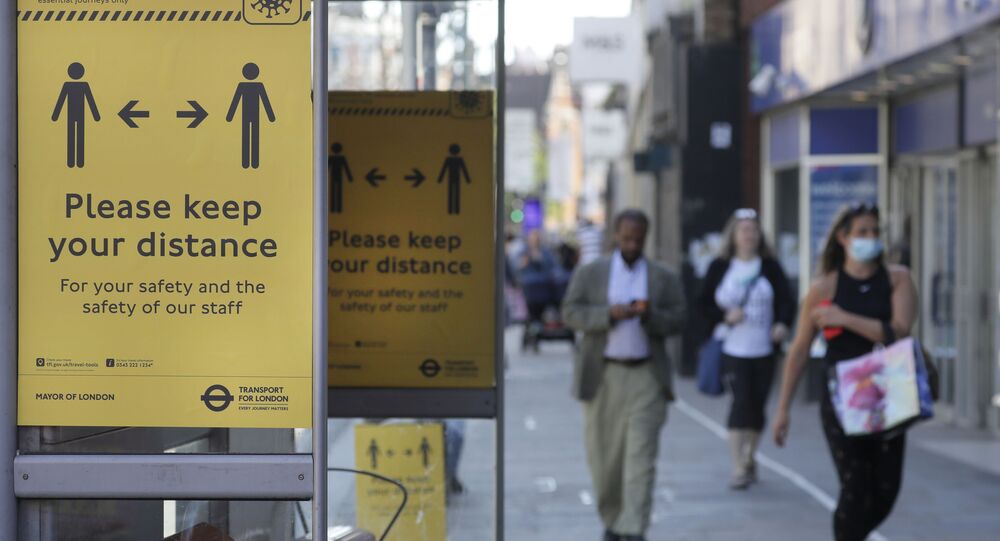 The Prime Minister is set to take full control of the social distancing guidelines and is reviewing the two metre rule, as leading restaurateurs warn that if these restrictions aren't relaxed the hospitality sector will be hit by millions of job losses.

Prime Minister Boris Johnson is set to review the two-metre social distancing rule in a bid to save the hospitality industry, amid calls for it to be scrapped.

Businesses and some Tory MPs have warned that large parts of the hospitality industry will not be able to operate with the two metre rule in place and leading restaurateurs have said that if it isn’t lifted the industry will suffer millions of job losses.

The review which was first reported in the Mail on Sunday, is set to shift the control of social distancing guidelines out of the hands of the government’s scientific advisers over to Downing Street.

On Sunday, Boris Johnson said the government will be reviewing the two metre rule as they go forward to the next step in their plans.

"As we get the numbers down, so it becomes one in 1,000, one in 1,600, maybe even fewer, your chances of being two metres, or one metre, or even a foot away from somebody who has the virus is obviously going down statistically, so you start to build some more margin for manoeuvre," he said.

On Saturday night, Tory MP’s predicted that the review, which is to be run by newly appointed Permanent Secretary, Simon Case, would be completed by 4 July, when pubs and restaurants can open at the earliest in England.

Chancellor Rishi Sunak told the BBC's Andrew Marr programme he would like to see the rule relaxed, but only "if it's safe and responsible to do so".

He said ministers would now "actively" look again at the rule, adding it had had an "enormous impact" on the ability of businesses to operate profitably.

Scientists had made clear there is a "different degree of risk at different levels," and the review would "look at the issue in the round," he added.

The UK government’s current advice is for people to keep at a two metre distance from each other to avoid spreading the coronavirus.

The World Health Organisation’s (WHO) recommendation is one metre, but the UK government’s scientific advisers have said that “being one metre apart carries up to ten times the risk of being two metres apart.”

However there are widespread concerns about the effects the two metre rule will have on the economy, which has already suffered due to the pandemic. On Friday it was reported that the UK GDP fell by a record 20.4% in April during the country’s first full month of lockdown.

© REUTERS / Dylan Martinez
UK MPs Mull Jail Sentences of Up to Ten Years for Defacing Monuments as Protests Turn Violent
Businessman Richard Caring who owns the Ivy restaurant chain told the Mail on Sunday, that the two metre rule is “killing the country.”

Mr. Caring accused the Prime Minister of “weakness and indecision” and said Ministers had grossly underestimated the permanent damage being done to Britain’s 26,000 restaurants.

Unless the rule is relaxed, Mr Caring warns, as many as ‘50 or 60 percent’ of the four-million hospitality workers in Britain could lose their jobs when the Government’s furlough scheme comes to an end this autumn.

At the time of publication a further 181 people have died from Covid 19 in the UK, taking the total number of official deaths up to 41,662 according to figures published on Saturday.