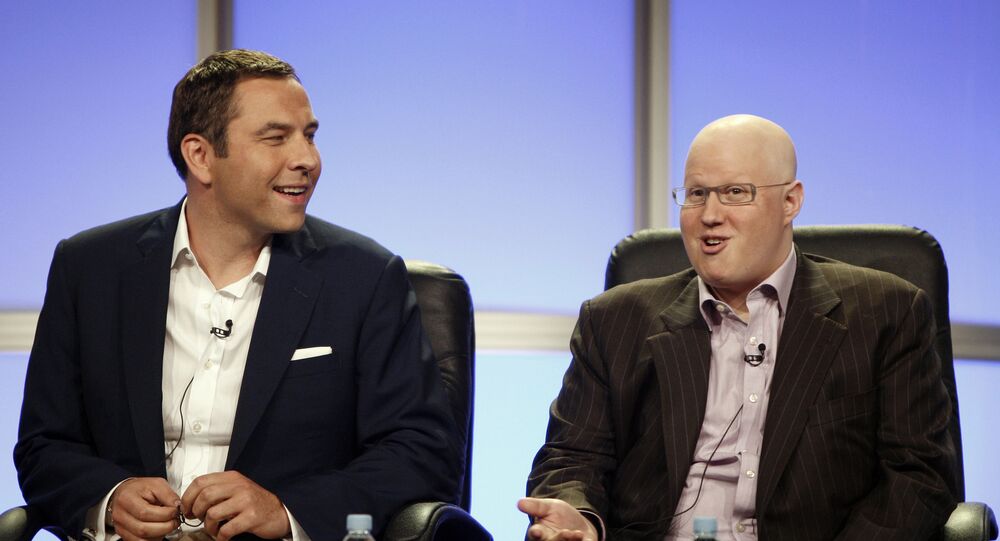 Sketch comedy show Little Britain, which was previously criticised for the imitation of characters of other races, was pulled from several streaming services last week amid the heightened global spotlight on racism due to the Black Lives Matter protests triggered by the death of black man George Floyd while in police custody in the US.

UK actors Matt Lucas and David Walliams have issued an apology for using blackface make-up during some of the sketches in their sketch comedy show Little Britain.

The comic duo both posted a statement to their Twitter accounts, with Lucas acknowledging that they had publicly regretted having played characters of different ethnic backgrounds over the years.

David and I have both spoken publicly in recent years of our regret that we played characters of other races. Once again we want to make it clear that it was wrong and we are very sorry.

​The two actors underscored their belief that it was wrong of them to have “played characters of other races".

"Once again, we want to make it clear that it was wrong and we are very sorry," they said in their statements.

Lucas and Walliams had previously been open about their attitude towards the scenes they played in some of the sketches.

"If I could go back and do Little Britain again, I wouldn't make those jokes about transvestites. I wouldn't play black characters… Basically, I wouldn't make that show now. It would upset people. We made a more cruel kind of comedy than I'd do now," said Lucas in 2017.

David Walliams has also gone on record as admitting he would "definitely do it differently" now.

At the start of the year Lucas revealed that the duo would "love to bring it back in some way and at some point", and suggested a Little Britain stage show as a likely option.

In some of the comic sketches, Little Britain, which first aired in 2003 and ran for four series until 2008, used blackface make-up. Thus, Walliams used black make-up and an afro wig to play black woman Desiree DeVere, while Lucas used blackface to portray the character Pastor Jesse King.

Objections to the show resurfaced amid the current anti-racism protests spearheaded by the Black Lives matter movement, sweeping a number of countries in the wake of the death of African American man George Floyd in police detention in the US. The programme was removed from BBC iPlayer, Netflix, NOW TV and BritBox on 8 June.

Netflix took the show off its platform along with the duo’s other comedy, Come Fly With Me.

The show, which aired in 2010, had come in for its share of complaints for its portrayal of racially stereotyped characters and use of blackface.

The use of black make-up to depict a black person, is widely considered an offensive practice with a racist history in the United States.

The comic duo’s apology on Twitter sparked a heated debate among netizens, who were split in their reactions.

Some posted their appreciation of the move by the actors.

As a target of some of your comedy, I always found it funny and thought it came from a good place.....but then met a very racist person who seemed to think it re-enforced the prejudice she already had.....that made me think they maybe some of it was not so innocent fun

We know. I read an interview years ago when you said it. You bring joy. Comedy moves forward and most of us have stuff in the past we wouldn’t do now (thank CHRIST for not being as successful as you 😅)

The amount of white people on this thread telling Matt he shouldn't be sorry. He is and that's a good thing. Thank you @RealMattLucas

Then you are both better people than our current 'leaders'. Thank you.

It’s ironic to see that it’s mostly white people jumping to defend. He is owning his mistakes, apologising and not defending them. So take the hint you don’t have to either! Wether you think it’s “just comedy” or “in jest” that is not for a white person to decide. Stop defending

​However, others felt the apology was too much, and underscored the need to appreciate “innocent humour”.

@RealMattLucas- its a shame that things have become so sensitive & tense! I am black, I very much appreciate #littlebritain and all the spin offs. It was ALL in jest and innocent humour. It’s a shame we are where we are! But I appreciate your tweet, sentiments & ur solidarity🤝🙏🏽

Nothing to be sorry for it’s absolute comedy gold. CALL ME BUBBLES DARLING

Comedy gold. Taken 15 years for people to take offence. None at the time. Funny that.

Oh my darling it wasn’t wrong it was comedy it was funny if it was so wrong you wouldn’t have had so many viewers every week. If folk didn’t like it there is an off switch . #LittleBritian #ComeFlyWithMe @davidwalliams 💜🌈

Apologies not necesary...times and attitudes change. The diversity of Little Britain was its endearing quality.

Matt , you and David (@davidwalliams) wrote fresh, cutting edge comedy... it passed scrutiny at the time and was Aired on mainstream TV. You treated all races with an equal comedic palette ... thank you 🙏