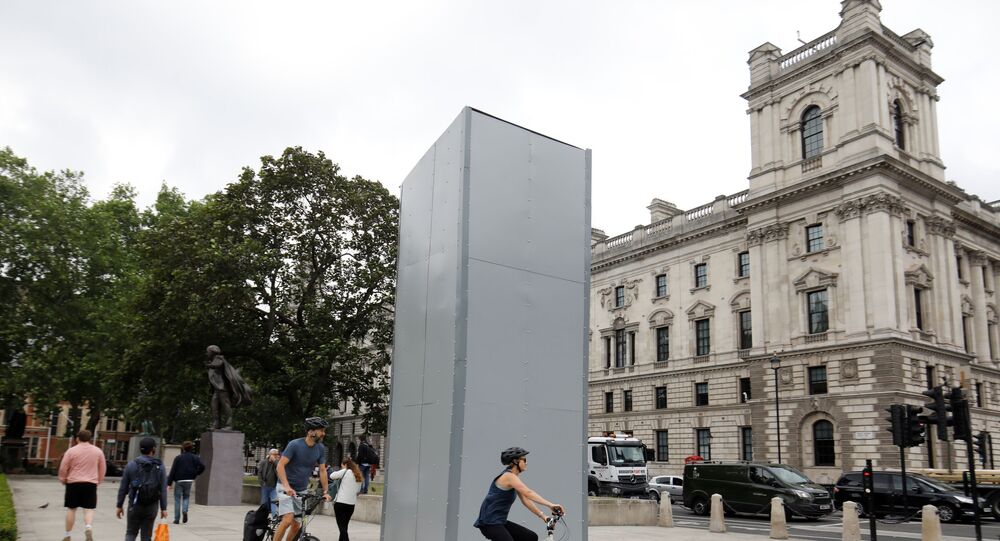 The worldwide Black Lives Matter campaign, reinvigorated by George Floyd protests in the United States, has been largely peaceful in the UK. The latest fad, however, is tearing down movements which protesters believe are glorifying racism.

The majority of protesters are “very sincere people” but the campaign has been “hijacked by a very small number of anarchists and violent people,” he told Sky News.

Soames, a former Tory MP and cabinet minister, lamented that although the demonstrators are advocating “for what is effectively a very good cause, it ends up with wanton destruction”.

The statue of Winston Churchill in London’s Parliament Square was fully encased on Friday after demonstrators spray-painted “was a racist” on it last weekend. The city’s mayor, Sadiq Khan, has also ordered to board up some other statues including one to Nelson Mandela in the same square and another to Mahatma Gandhi, as well as the Cenotaph war memorial on Whitehall.

Several Black Lives Matter protests are scheduled in central London over the weekend, and concerns have grown over the security of some statues.

Churchill’s statue has already been covered this month ahead of prior protests, but the latest move to protect it takes particular significance as petitions to remove sculptures linked with racism are gaining traction in the UK.

The campaign started with the forced removal of a statue to Edward Colston, a wealthy merchant and slave trader, which was pushed by demonstrators into Bristol Harbour last week.

Nicholas Soames admitted that the statue of Edward Colston was “deeply offensive to many people”, but took issue with the way it was removed.

He said that statues should be removed in a democratic way, adding: "That is entirely a matter for local government. We don’t do this thing in Britain that if you don't like something, you destroy it.”

Winston Churchill, one of the most famous Britons of all time, is known to have held views that could be described as racist by 21st century standards. He once said that Indians are “the beastliest people in the world next to the Germans” and said he “did not really think that black people were as capable or as efficient as white people”.

Nicholas Soames conceded that “there will be people who don’t agree” with Churchill’s views, but still called the defacing of his statue an “act of a mob”.

“Many of his views would be unpalatable to many people nowadays because they were in a completely different era,” he said. “But you can“t just cut history off at the mains. History is history. You can“t edit or censor it.”

This take resonates well with Boris Johnson’s opinion on vandalism. The prime minister likewise warned people against attempts to rewrite history, saying that it is “absurd and shameful” that the monument to Churchill is at risk of attack.

“Yes, he sometimes expressed opinions that were and are unacceptable to us today, but he was a hero, and he fully deserves his memorial,” Johnson stated.