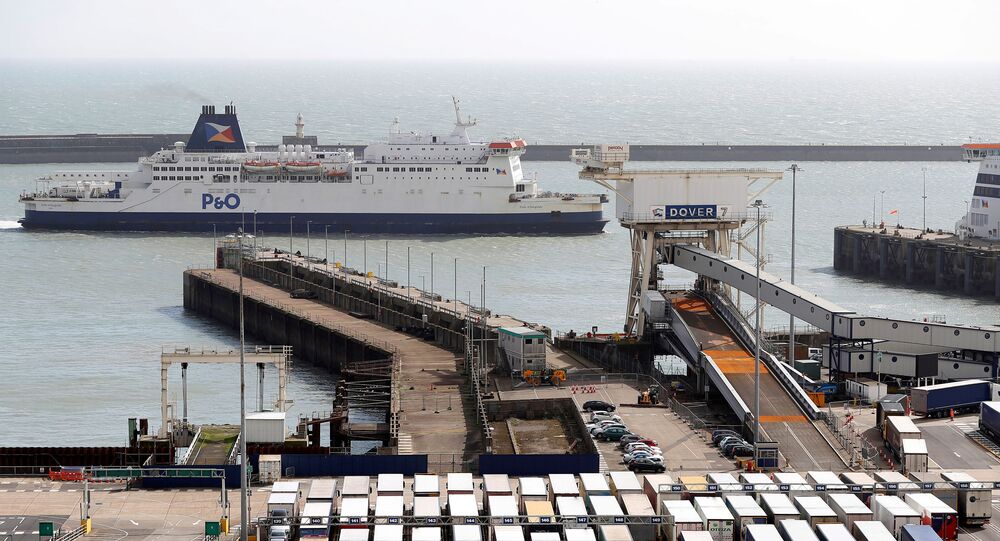 The UK government is set to back down from its promise to impose full border checks on EU imports after Brexit.

As first reported by the Financial Times, the UK is going to announce a temporary “light-touch” regime at ports such as Dover for European imports instead of full customs and regulatory checks.

The measure is meant to alleviate the pressure on UK companies coping with the fall-out from the COVID-19 pandemic.

“We recognise the impact that coronavirus has had on UK businesses,” an unnamed government source said confirming the report. “We will take a pragmatic and flexible approach to help business adjust to the changes and opportunities of being outside the single market and the customs union.”

Officials concede, however, that UK exports to the EU are likely to face full checks as they enter France.

Cabinet Office minister Michael Gove, who is meeting with European Commission Vice President Maros Sefcovic on Friday, is expected to confirm the news later in the day.

This softer stance on border checks would mark an 180-degree turn away from Boris Johnson’s previous plans. As early as February, his government confirmed that it would introduce import controls on EU goods at the border after the transition period ends on 31 December 2020.

This means that EU imports entering Britain would be treated in a similar way to goods from the rest of the world (EU exporters would be forced to file customs declarations and have their goods go through animal health checks and border inspections posts). Related delays are likely to affect costs for UK businesses that rely on just-in-time delivery and cause fresh food supply problems.

The UK left the bloc on 31 January, but is still sticking to some EU rules including the customs union until the end of the transition period. Negotiations on a post-Brexit trade deal have brought little to no progress so far.

Boris Johnson’s government has repeatedly refused to request an extension to the transition period, despite concerns from economists that a no-deal scenario could significantly damage the national economy.

The Prime Minister is scheduled to have a virtual summit with European Commission President Ursula von der Leyen on Monday to try and break the deadlock in negotiations. The teams have agreed to an “intensified timetable” for the talks, with negotiations set to take place each week between 29 June and 27 July.