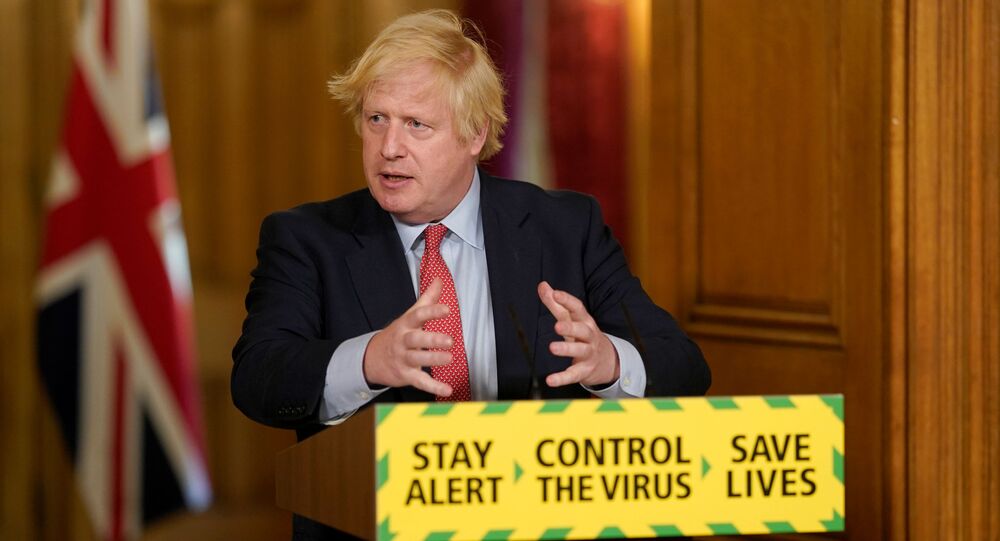 Boris Johnson late last month delivered his full roadmap to get Britain out of its COVID-induced lockdown and “back to normality”, provided five safety tests are fully met regarding infection rates.

Prime Minister Boris Johnson is set to announce the next stage of lockdown relaxation in England, with zoos, safari parks, and drive-in cinemas expected to be allowed to reopen amid the finally slowing coronavirus infection rates.

The changes will be enacted on 15 June, the same time as non-essential shops will reopen provided social distancing remains in place, according to the previously outlined roadmap, and as announced by Business Secretary Alok Sharma on Tuesday.

However, he said, pubs, bars, restaurants, and hairdressers will not be allowed to reopen until 4 July "at the earliest".

For phase two, Downing Street’s plan is to eventually replace social restrictions with “smarter measures”, which will have “the largest effect on controlling the epidemic but the lowest health, economic, and social costs”, in line with Boris Johnson’s 24 May address, The Telegraph reported.

These new “smarter measures” will be announced in steps over the coming weeks and months, and they will aim to “maximise the pace at which restrictions are lifted”, the prime minister noted.

"Today I can confirm I do believe we will be in a position to move to step two of our plan. As part of step two, we set out plans for a phased reopening of schools because the education of our children is crucial for their welfare, their health and their long-term future and for social justice", Johnson remarked on 24 May, as the first two phases were being worked out.

The Tories, meanwhile, have been in disarray over the post-corona schooling issue, as they ditched their plan to send the lion’s share of primary school pupils back to class before the summer holidays. Children’s Commissioner Anne Longfield said the closures may lead to a “lost generation”, while Education Secretary Gavin Williamson faced accusations of being “asleep on the job".

He admitted for his part that some of the children affected may take a “year or more” to catch up. According to the latest estimates, almost nine million children will be off school for six months or longer.

Another issue Downing Street faces pressure about is NHS waiting lists. The latter could hit 10 million by the end of the year bosses have warned the government. A huge increase in England is highly probable because surgeries and planned diagnostic tests have been delayed by the pandemic, with people en masse seeking to avoid medical institutions and other public places for fear of contracting the novel virus.

Before the easing kicked off, the PM said the government was satisfied that the five tests to get Britain safely out of lockdown were being met, but emphasised that he “cannot, and will not, throw away all the gains we have made together” by introducing changes too quickly, over second wave concerns.

In phase 1 of the lockdown easing, Downing Street allowed residents starting 1 June to meet in groups of up to six provided that this was done outdoors, either in a public place or private garden. Social distancing must be observed, with those from different households staying at least two metres apart from one another.

To enforce the remaining measures and track down those who get infected, the UK introduced the NHS Test and Trace system, expressing hope it would be able to replace the national lockdown with individual isolation and, if necessary, local lockdown if there are further scattered flare-ups.

In terms of border issues and travel, as part of phase 1, a two-week quarantine period for anyone arriving in the UK has been enforced since 8 June. This means that anyone arriving in the UK by plane, ferry, or train - including UK nationals - will have to provide an address where they will stay for 14 days. Those who fail to provide correct data or violate the quarantine will face fines (a £100 penalty for not filling in the contact form.)