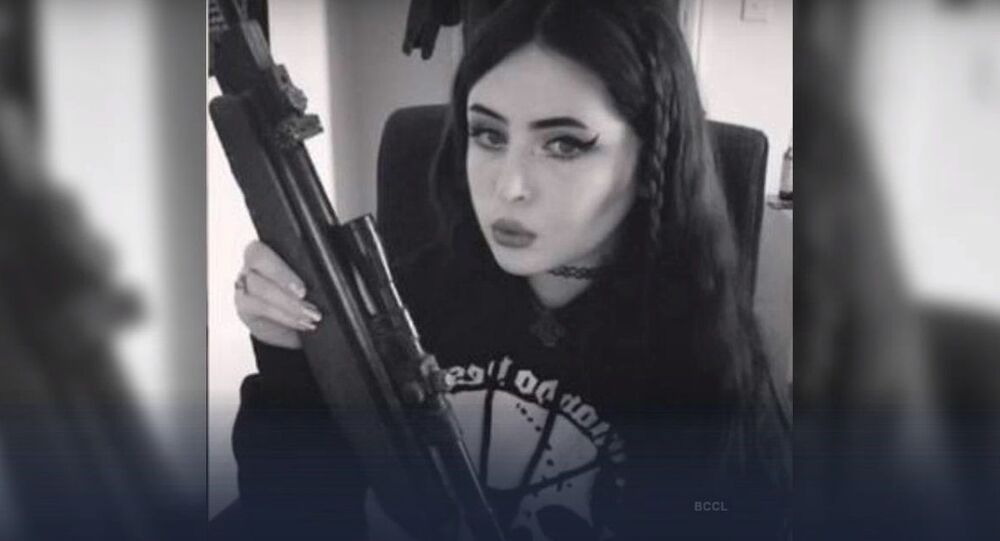 Alice Cutter, who is alleged to have notoriously joked about kicking a Jew’s head like a football, and three other defendants from the now prohibited National Action have been found to have continued meeting covertly with group members despite a 2016 ban.

As the culmination of a two-year probe, former Miss Hitler pageant contestant Alice Cutter and her ex-partner Mark Jones have been jailed for three years and 5.5 years respectively for being part of the British group National Action (NA), designated as a terrorist one.

#JAILED | Three men and a woman have been jailed today for being members of banned neo-Nazi group National Action. See more here ➡️ https://t.co/0SZ2M3kOJa Watch our video from March on how we brought them to justice. pic.twitter.com/rUxQW7omr8

"Following proscription [of National Action], you weren't prepared to dissociate yourselves from the vile ideology of this group and therefore defied the ban and continued as members,” Judge Paul Farrer told the four defendants at Birmingham Crown Court Tuesday.

He went on to assert that Jones, aged 25, had played "a significant role in the continuation of the organisation" after its ban by then-Home Secretary Amber Rudd in December 2016. Cutter, he said, was for her part a "trusted confidante" of one the group's leaders, while being in a "committed relationship" with Jones.

All four defendants were "active" group members, even after the ban, prosecutors alleged. The court was shown messages in which Cutter, 23, joked about gassing synagogues, using a Jew's head as a football, and exclaiming "rot in hell, bitch" after hearing of the 2016 murder of MP Jo Cox by Thomas Mair, considered to be a neo-Nazi sympathiser.

Cutter, who worked as a waitress, entered the Miss Hitler beauty contest as Miss Buchenwald - a reference to the notorious Nazi WWII death camp. Jones, 25, a former member of the British National Party and a rail engineer, was a "leader and strategist", the court heard with regard to the group’s continued gatherings and events even after it was banned.

Another defendant, Jack, who had been previously convicted of promoting NA's racially charged stickers, was at almost every meeting of NA's Midlands sub-group, the probe found.

Separately, 19-year-old Scothern was "considered future leadership material" and had distributed promo-material calling for a "final solution”, in a nod to the Nazis' genocide of Jews.

Addressing the court just before the sentencing, Director of Public Prosecutions Max Hill QC depicted the NA members as "diehards" who "hark back to the days of not just anti-Semitism, but the Holocaust, the Third Reich in Germany”.

Last year, another member of the group, Daniel Ward, aged 29, from Highmore Drive, Bartley Green, Birmingham, pleaded guilty after the first probe into the case and was jailed for three years on 19 July.