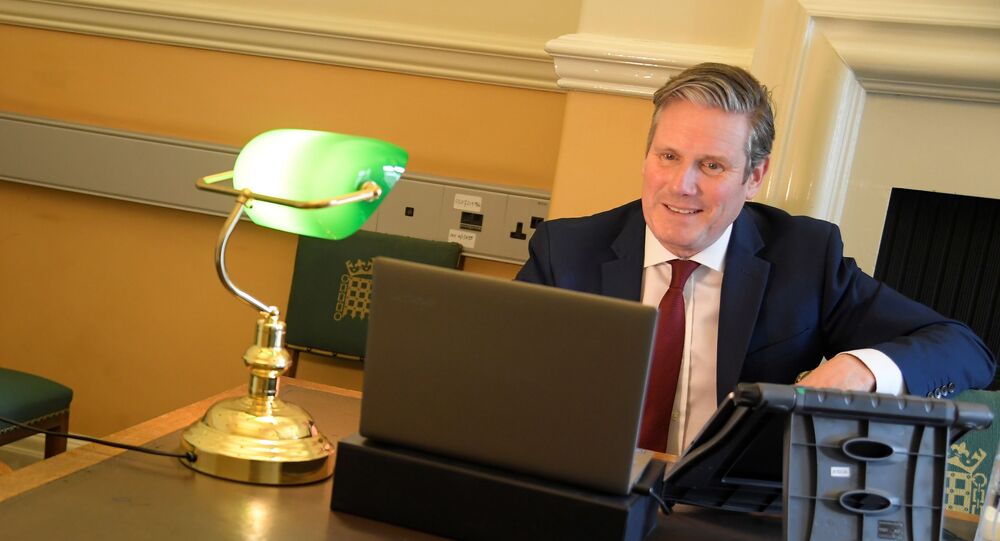 The Conservatives were reelected in December 2019 with a majority of 80, as the opposition Labour Party suffered its worst defeat since 1935. Since that time, the country has seen the effects of the coronavirus as public opinion has begun to shift away from the Tory government.

According to three pollsters, the UK ruling Conservatives lead over Labour has dropped significantly, to 3 points or less. Opinium and Deltapoll voter intention surveys released on Saturday have the government ahead at just 3 percent.

​An earlier Survation poll gave the party a 2 percent lead as the opposition makes rapid gains from just 2 months ago.

​Opinium also has Labour leader Sir Keir Starmer trailing Prime Minister Johnson by a mere 1 percent as a preferred prime minister, and the government an approval rating of 3 percent

“The public are starting to lose confidence in the government’s ability to handle the crisis – approval of how they are handling things has dropped from 65 percent at the beginning of lockdown to just 34 per cent today", said Opinium's political polling head, Adam Drummond. “Public appetite for lifting the lockdown measures remains minimal with even Conservative voters more likely to say that things are being released too quickly than too slowly".

He offered the Starmer's "constructive opposition" - being largely supportive of the government amid the coronavirus pandemic - has continued to payoff.

The opposition Labour leader is almost level with Boris Johnson for best "prime minister" and has overtaken "the PM on a series of leadership attributes such as competence and trustworthiness".

Allowing Dominic Cummings, Johnson's top aide, to remain in office in spite of two instances of flagrant flouting of the lockdown rules, is an ongoing scandal and has deeply harmed public support for the government.

Labour has also benefited significantly from a change in leadership. Despite polling suggesting broad support for his policies, former leader Jeremy Corbyn suffered deep disapproval after losing the 2019 general election for his party.