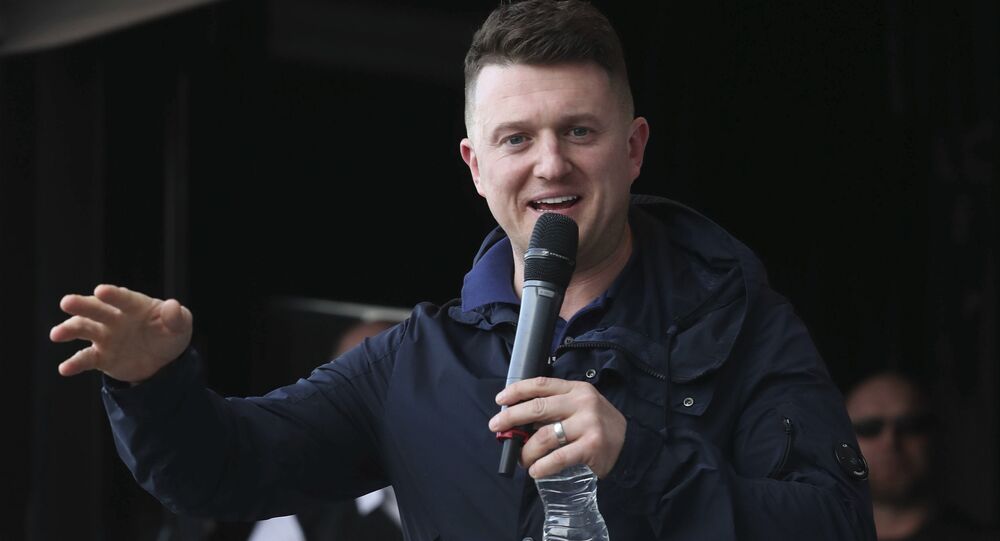 After addressing a crowd Barrow-in-Furness yesterday, Tommy Robinson entered into a physical altercation with someone who he alleges spat in his face. Footage of the incident has since emerged prior to Robinson's arrest by the police.

Footage has emerged on Friday showing Tommy Robinson punching a man to the ground during an Asian sex gang protest before being detained by the police.

The video shows the former English Defence League leader, whose real name is Stephen Yaxley-Lennon,  apparently punching a man on a bike, who then falls to the ground before a person in the background can be heard saying "Oh my God".

Robinson later told police that he was acting acted in self-defence after the man spat on him and called him a "racist p***k". The footage does not show this moment, however.

​The 37-year old was detained following a report to police of the incident at Hollywood Retail Park in Barrow-in-Furness, Cumbria, after 8.30pm on Thursday.

Robinson later filmed a video and posted it on Youtube in which police officers pull up to this house after seemingly arresting his driver.

​"At this point I acted in defence. I didn't know if he had a knife or anything so I made sure he ended up on his bum", he said.

Robinson was in Hollywood shooting a documentary and addressing a rally regarding allegations made by a 19-year-old woman that she was drugged and raped by a grooming gang.